This nutrient can help in combating Alzheimer’s 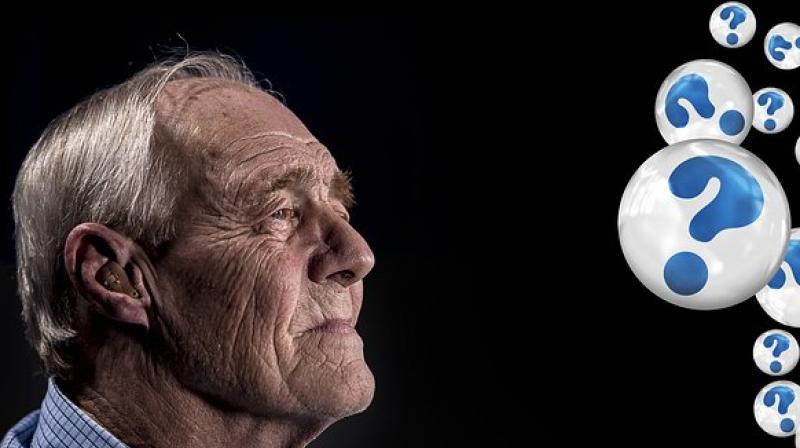 Washington: Researchers have found that Choline, a lifelong dietary regimen has the capacity to prevent Alzheimer's disease (AD). Lead author Ramon Velazquez and his colleagues at the ASU-Banner Neurodegenerative Disease Research Center (NDRC) looked into whether Choline could alleviate the effects of Alzheimer's.

Earlier this year, Velazquez and colleagues found transgenerational benefits of AD-like symptoms in mice whose mothers were supplemented with choline. The latest work expands this line of research by exploring the effects of choline administered in adulthood rather than in fetal mice. Notably, findings published in the journal Aging Cell found benefits of lifelong choline supplementation in male mice with AD-like symptoms. "Our results nicely replicate findings by this group in females," Velazquez said.

Intriguingly, the beneficial effects of lifelong choline supplementation reduce the activation of microglia. Microglia are specialised cells that rid the brain of deleterious debris. The observed reductions in disease-associated microglia, which are present in various neurodegenerative diseases, offer exciting new avenues of research and suggest ways of treating a broad range of disorders, including traumatic brain injuries, multiple sclerosis, and Parkinson's disease.

Choline acts to protect the brain from Alzheimer's disease in at least two ways, both of which are explored in the new study. First, choline blocks the production of amyloid-beta plaques. Amyloid-beta plaques are the hallmark pathology observed in Alzheimer's disease. Secondly, choline supplementation reduces the activation of microglia. Over-activation of microglia causes brain inflammation and can eventually lead to neuronal death, thereby compromising cognitive function. Choline supplementation reduces the activation of microglia, offering further protection from the ravages of AD.

Mechanistically, the reductions in microglia activation are driven by alteration of two key receptors, the alpha7 nicotinic acetylcholine, and Sigma-1 receptor. In the scientific community, it is well understood that Alzheimer's disease causes harm to the brain long before clinical symptoms are made evident. And once these symptoms are identified, it is too late, the disease has become irreversible. In addition to causing disorientation and memory loss, the disease causes loss of motor control in those who are afflicted.

Prior research concerning Alzheimer's has indicated that there is no one factor at play. Rather, a multitude of factors that are believed to contribute to the development of the disease, including genetics, age, and lifestyle. Additionally, studies suggest that diet can have a significant effect on increasing or lowering the risk of cognitive decline.

All plant and animal cells require choline to maintain their structural integrity. It has long been recognized that choline is particularly important for brain function. The human body uses Choline to produce acetylcholine, a neurotransmitter responsible for functioning memory, muscle control and mood. Choline is also used to build cell membranes and plays a vital role in regulating gene expression. Additionally, a new report in Jan 2019 found that Choline acts as an agonist for Sigma-1 receptors, which are implicated in AD pathogenesis.