Be it smoking, alcohol consumption, indulgence in binge eating or leading a sedentary life, women lead the pack in comparison to men. 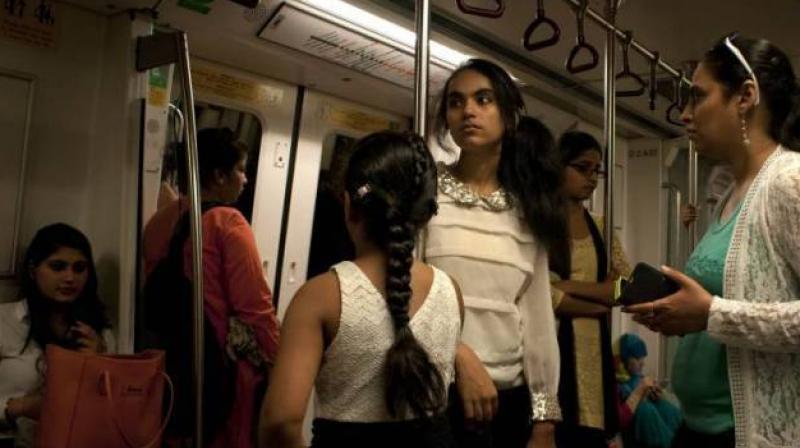 New Delhi: Work-related stress and other worries are affecting health of adults living in Delhi, leading them to adopt smoking, drinking and other unhealthy lifestyles such as binge eating at night, in which women outnumber men, according to a new study.

The study, conducted online across Delhi-NCR also suggested that sedentary lifestyle is pushing Delhi towards "high-risk" of cardiac issues.

Department of Cardiac Sciences at Max Healthcare, Saket, undertook the survey to understand lifestyle habits of city-dwellers in Delhi-NCR across age group of 20-60.

This recent survey of about 1,000 respondents aimed at knowing prevalent habits and changing lifestyle trends which impact and may explain deteriorating heart health of the city's people, Max Healthcare said in a statement Sunday.

The study also claimed that women (44 per cent) smoke more than men (32 per cent).

With a demanding professional and social life, intrusion of social media and technology and irregular daily routines, more than half of Delhi's population (44 per cent women and 57 per cent men) experience frequently-interrupted sleep patterns and over 26 per cent experience insomnia or erratic sleep, it said.

According to Dr Rajeev Rathi, Director and Head Transradial Programme - Interventional Cardiology of the hospital, stress has become a way of life in metropolitan cities like Delhi and women are equally affected by it.

"But, what poses a greater threat is that these women take to unhealthy habits in want of getting respite. Be it smoking, alcohol consumption, indulgence in binge eating at odd hours or leading a sedentary life - women are found to be leading the pack in comparison to men," he said.

"Also, when it comes to playing a sport or adopting an activity to stay fit, 57 per cent women state they would rather prefer playing a mentally relaxing game on their phone or tablet instead of stepping outdoors. All these aspects feed into each other and keep the vicious circle moving, thereby increasing the risk of heart ailments amongst women," the doctor said.

Dr K K Talwar, Chairman, Cardiology, Max Healthcare, said the survey throws some alarming numbers if people do not get enough sleep (over 50 per cent), and are stressed all the time (76 per cent financially stressed), and hence indulging in binge eating and frequently smoking, there is a need to relook at overall health management.

"Lack of proper sleep coupled with increased alcohol and smoke consumption also affects the digestive system and blood pressure thereby increasing the risk factors for heart disease. Increased consumption of junk food along with lack of exercise can raise cholesterol levels that poses a great threat to the heart health," he said.

The study also claimed that persons in age group of 31-40 years have the "worst snacking habits" with more than 50 per cent of them admitting to binge eating or midnight snacking.

Dr Rajiv Aggarwal, Senior Director and Unit Head, Cardiology, Max Smart Super Speciality Hospital, said poor lifestyle and unhealthy habits are being picked up at a very early age and this is greatly responsible for degrading the heart health.

"Women for the longest were thought to be protected from heart risk while in their reproductive years, but numbers indicate that they aren't eating right, not working out and even indulging in higher levels of smoking and alcohol consumption. All these habits erode their natural cover from heart risk and make them equally vulnerable to coronary ailments," he said.