Conjoined twins connected at head separated by doctors in Odisha

Doctors are hoping they can save at least one of the twins since chances of death in such cases are high. 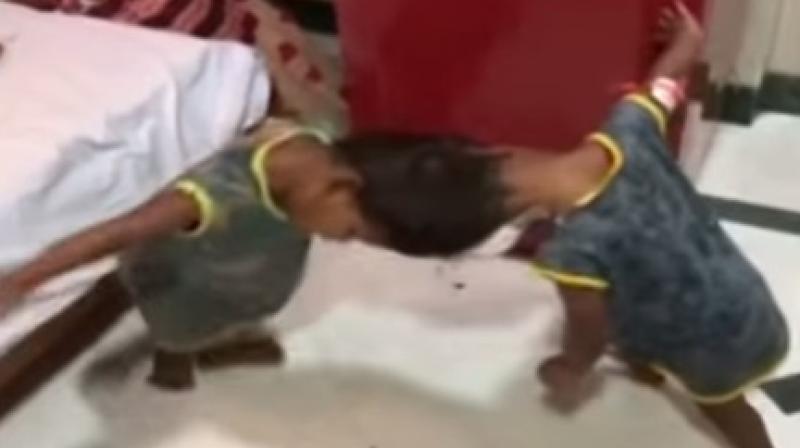 Doctors are gearing up for a second surgery (Photo: YouTube)

While people are forced to live with certain deformities they are born with, some birth conditions can make life a challenge for children. Thankfully awareness and healthcare have advanced to a great extent in several parts of the world leading to successful diagnosis in such cases.

Jagannath and Balram from Kandhamal in Odisha are twins who were born fused at their heads and shared crucial veins which carry blood from the heart to the brain. Although it was a tricky situation for the children, the two were eventually separated by a surgery lasting 20 hours.

Doctors are now gearing up for a second surgery and since the death rates are high for conjoined twins, they are hoping at one of them could survive. The twins are born with a condition seen once in 2.5 million births and while 40 percent are stillborn, a third of those who survive die within 24 hours.

Separation may lead to developmental issues for one or both the twins and doctors are trying to save at least one.