Sniff of lavender can keep your horse calm

Traditional tranquillizers often have long-lasting effects, while lavender can be used precisely and exactly when needed. 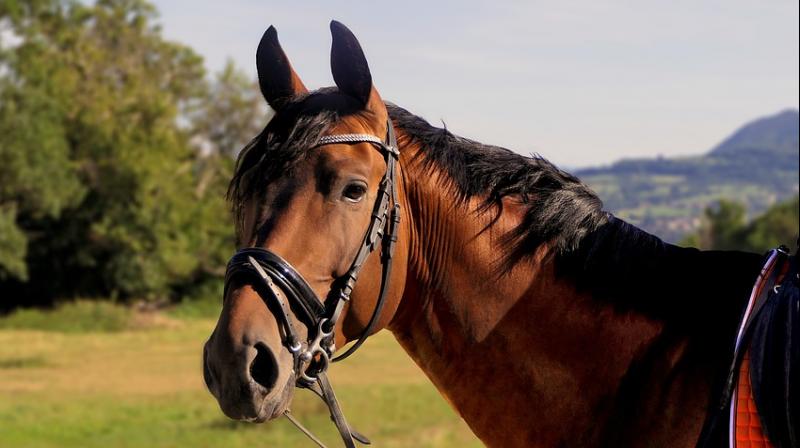 Sniff of lavender can keep your horse calm. (Photo: Pixabay)

Washington: Horse owners can reduce the stress level of their horses by just making them sniff a lavender.

The researchers at the University of Arizona found that horses that inhaled lavender from a diffuser show significant signs of stress reduction.

Heart rate was the focus of a limited amount of prior research on the use of aromatherapy to calm horses in the presence of a stressor, such as trailering. In one study, horses were startled by an air horn and then provided with humidified lavender air. The horses' heart rates increased in response to the air horn but returned to normal more quickly in those that inhaled lavender.

"We wanted to test regular horses that aren't stressed out by external forces. Some horses and some breeds, it's just in their nature that they are more stressed.  So, we wanted to use horses that were not being scared deliberately to see what effect, if any, the aromatherapy had on them," said researcher Ann Baldwin.

Each horse was led to a small paddock and held by a volunteer while a diffuser containing lavender essential oil was held near the horse's nose. A monitor tracked heart rates and heart rate variability for 21 minutes total, seven minutes before the introduction of the diffuser, seven minutes with the diffuser in close proximity, and seven minutes after it was removed.

The data were supported by the horses' observed behaviour, which often included relaxation signals such as neck lowering and licking and chewing while the lavender was being inhaled.

The experiment was repeated with water vapour and chamomile, neither of which produced a similar calming effect or increase in RMSSD. "We did get a calming effect with the lavender, but when we measured afterwards, we no longer had the effect. So, it's just during the sniffing of the lavender that we see this calming effect," Baldwin added.

The research has direct implications for horsemen and horsewomen who may be looking for new or natural ways to calm an anxious or nervous horse. Traditional tranquillizers often have long-lasting effects, while lavender can be used precisely and exactly when needed.

The findings appeared in the Journal of Equine Veterinary Science.