High-fat meal completely shuts down the communication for few hours 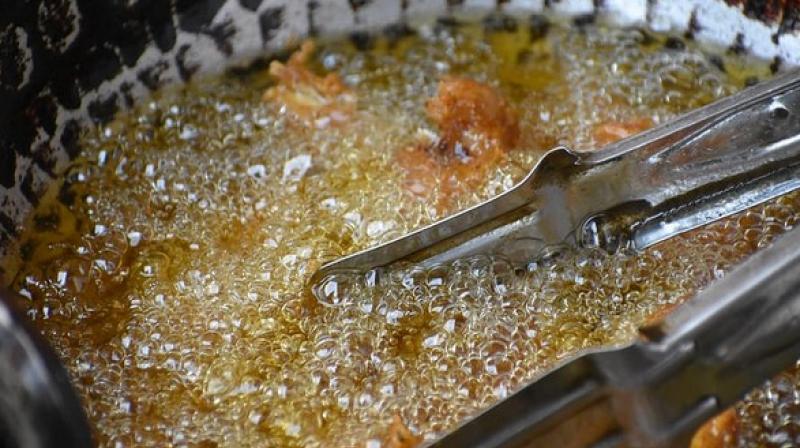 The silenced cells change shape and experience stress in their endoplasmic reticulum, a structure that assembles new proteins. (Photo: ANI)

Washington: A recent study has suggested that food items containing more grease and fat can put the communication between intestine and rest of the human body to stop. A team of Duke Researchers has discovered that a high-fat meal completely shuts down the communication for a few hours. After they observed using the fish to examine cells that normally tell the brain and the rest of the body what's going on inside the gut after a meal.

The cells they were looking at are the enteroendocrine cells, which occur sparsely throughout the lining of the gut, but play a key role in signalling the body about the all-important alimentary canal. In addition to releasing hormones, the cells also have a recently-discovered direct connection to the nervous system and the brain.

These cells produce at least 15 different hormones to send signals to the rest of the body about gut movement, feelings of fullness, digestion, nutrient absorption, insulin sensitivity, and energy storage.

"But they fall asleep on the job for a few hours after a high-fat meal, and we don't yet know if that's good or bad," said John Rawls, an associate professor of molecular genetics and microbiology in the Duke School of Medicine.

Since enteroendocrine cells are key player's indigestion, the feeling of being full and subsequent feeding behaviour, this silencing may be a mechanism that somehow causes people eating a high-fat diet to eat even more. "This is a previously unappreciated part of the postprandial (after-meal) cycle," Rawls said. "If this happens every time we eat an unhealthy, high-fat meal, it might cause a change in insulin signalling, which could, in turn, contribute to the development of insulin resistance and Type 2 diabetes."

To understand the silencing better, the researchers tried to break the process down step by step in zebra-fish, reports the study published in 'eLife'. After they first sense a meal, the enteroendocrine cells trigger a calcium burst within seconds, initiating the signalling process. But after that initial signal, there's a delayed effect later in the after-meal period. It's during this later response that the silencing occurs, said Rawls, who also directs Duke's Microbiome Center.

The silenced cells change shape and experience stress in their endoplasmic reticulum, a structure that assembles new proteins. It seems that these enteroendocrine cells, which are specialized to synthesise and secrete proteins like hormones and neurotransmitters, become overstimulated and exhausted for a while.

The team tried the high-fat diet on a line of germ-free zebrafish raised in the absence of any microbes and found they didn't experience the same silencing effect. So they began looking for gut microbes that might be involved in the process. After screening through all the kinds of bacteria found in the gut, they saw that the silencing appeared to be the work of a single type of gut bacteria, called Acinetobacter.