There was no global reporting of this data before 2013. 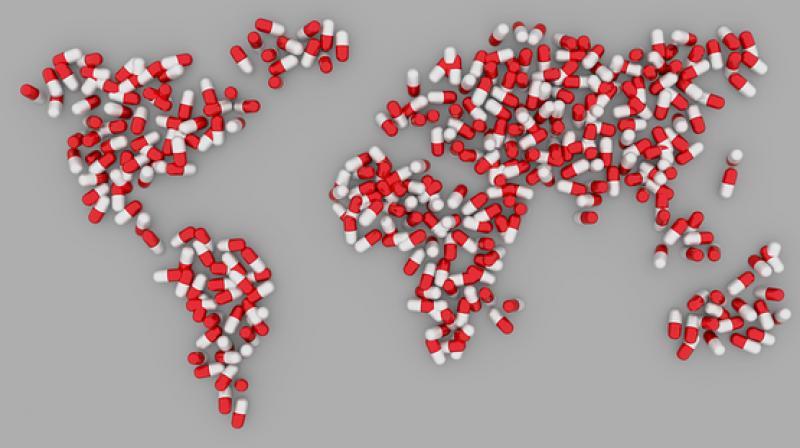 One in 10 drugs sold in developing countries is fake or substandard, leading to tens of thousands of deaths, many of them of African children given ineffective treatments for pneumonia and malaria, health officials said on Tuesday.

In a major review of the problem, the World Health Organization (WHO) said that bogus drugs are a growing threat as increased pharmaceutical trade, including Internet sales, open the door to sometimes toxic products.

Some pharmacists in Africa, for example, say that they are compelled to buy from the cheapest but not necessarily the safest suppliers to compete with illegal street traders.

Fake drugs could contain incorrect doses, wrong ingredients or no active ingredients at all. At the same time, a worrying number of authorised medicines fail to meet quality standards because of improper storage and other issues.

The scale of the problem is hard to quantify precisely, but a WHO pooled analysis of 100 studies from 2007 to 2016, covering more than 48,000 samples, showed 10.5 percent of drugs in low and middle-income countries to be fake or substandard.

With pharmaceutical sales in such countries running at nearly $300 billion a year, this implies that trade in fake medicines is a $30 billion business.

The human toll is enormous, according to a team from the University of Edinburgh, which was commissioned by the WHO to study the impact of fake drugs.

They calculated that up to 72,000 deaths from childhood pneumonia could be attributed to the use of antibiotics with reduced activity, increasing to 169,000 deaths if drugs had no activity.

Poor-quality drugs also add to the danger of antibiotic resistance, threatening to undermine the power of life-saving medicines in future.

Another group from the London School of Hygiene and Tropical Medicine estimated that 116,000 additional deaths from malaria could be caused each year by bad antimalarials in sub-Saharan Africa.

“Substandard and falsified medicines particularly affect the most vulnerable communities,” said WHO Director-General Tedros Adhanom Ghebreyesus. “This is unacceptable.”

Since 2013 the WHO has received 1,500 reports of fake and low-quality products, with antimalarials and antibiotics the most commonly reported categories. However, the problem extends to everything from cancer drugs to contraceptive pills.

Sub-Saharan Africa accounted for 42 percent of all the reports. There was no global reporting of this data before 2013.