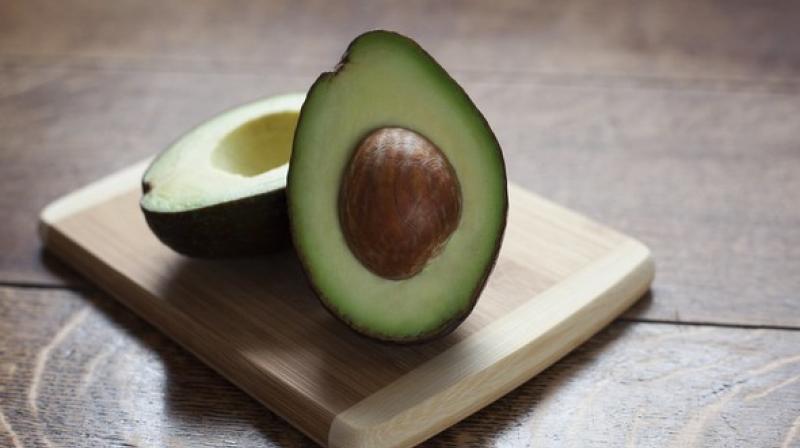 The researchers recruited 45 adult participants with overweight or obesity for the study. (Photo: ANI)

Washington: Contrary to popular belief, not apples but eating avocados a day may keep bad cholesterol at bay, suggest researchers. According to researchers, bad cholesterol can refer to both oxidised low-density lipoprotein (LDL) and small, dense LDL particles.

In a randomised, controlled feeding study, the researchers found that eating one avocado a day was associated with lower levels of LDL (specifically small, dense LDL particles) and oxidised LDL in adults with overweight or obesity.

"Consequently, people should consider adding avocados to their diet in a healthy way like on whole-wheat toast or as a veggie dip," added Kris-Etherton. Specifically, the study found that avocados helped reduce LDL particles that had been oxidised. Similar to the way oxygen can damage food -- like a cut apple turning brown -- the researchers said oxidation is also bad for the human body.

"A lot of research points to oxidation being the basis for conditions like cancer and heart disease," Kris-Etherton said. "We know that when LDL particles become oxidized, that starts a chain reaction that can promote atherosclerosis, which is the build-up of plaque in the artery wall. Oxidation is not good, so if you can help protect the body through the foods that you eat, that could be very beneficial," continued Kris-Etherton.

The researchers recruited 45 adult participants with overweight or obesity for the study. All participants followed a two-week "run-in" diet at the beginning of the study. This diet mimicked an average American diet and allowed all participants to begin the study on similar nutritional "footing".

After five weeks on the avocado diet, participants had significantly lower levels of oxidised LDL cholesterol than before the study began or after completing the low- and moderate-fat diets. Participants also had higher levels of lutein, an antioxidant, after the avocado diet. Kris-Etherton said there was specifically a reduction in small, dense LDL cholesterol particles that had become oxidised.

"When you think about bad cholesterol, it comes packaged in LDL particles, which vary in size," Kris-Etherton said.

"All LDL is bad, but small, dense LDL is particularly bad. A key finding was that people on the avocado diet had fewer oxidised LDL particles. They also had more lutein, which may be bioactive that's protecting the LDL from being oxidised," added Kris-Etherton.

The researchers added that because the moderate-fat diet without avocados included the same monounsaturated fatty acids found in avocados, it is likely that the fruit has additional bioactive that contributed to the benefits of the avocado diet.

Kris-Etherton said that while the results of the study -- published in the -- Journal of Nutrition -- are promising, there is still more research to be done. "Nutrition research on avocados is a relatively new area of study, so I think we're at the tip of the iceberg for learning about their health benefits," Kris-Etherton said.

"Avocados are really high in healthy fats, carotenoids -- which are important for eye health -- and other nutrients. They are such a nutrient-dense package, and I think we're just beginning to learn about how they can improve health," Kris-Etherton.