Peers may help reduce tobacco use in youth: study

Younger smokers were able to interact with people their own age in locations where they all typically hang out. 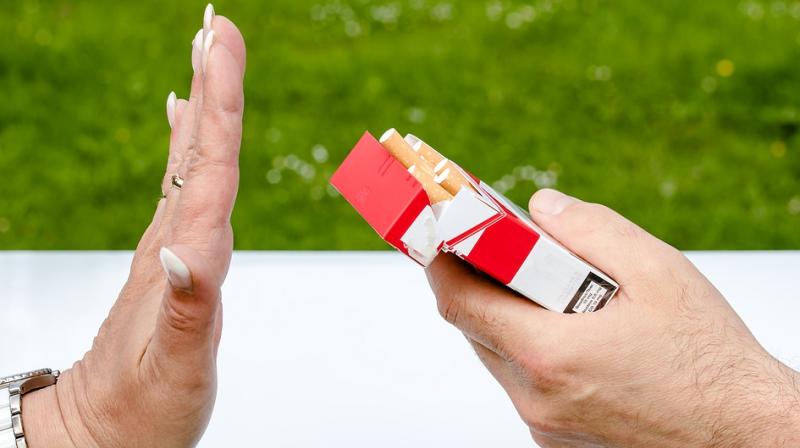 Younger smokers were able to interact with people their own age in locations where they all typically hang out. (Photo: Pixabay)

Participating in a brief intervention delivered by their peers in community settings may help youth and young adults to reduce smoking, a study suggests.

Intervention can be an important tool in outreach aimed at preventing regular tobacco use in an age group heavily targeted by industry marketing, researchers said.

Researchers from University of California Davis in the US asked 30 high school and college students to provide five to ten minute intervention, which included one-on-one education, motivational messages, the "quit kits" and referrals to quit- smoking resources.

Over a four-year period, the team delivered the intervention to 279 younger smokers at a booth set up at about 30 street fairs, concerts, mall activities.

Follow-up calls were made to 76 participants three times within six months to collect information and determine whether or not the intervention worked.

Researchers noted that the quit rate for people who participated in the intervention was 12.5 per cent at six months, given that only about five per cent of smokers are typically able to quit on their own.

The study, published in the Journal of Community Health, showed that the most effective tools in the intervention were informational conversations about the consequences of smoking and a "quit kit" of behaviour-replacement activities.

"Tobacco-cessation efforts aimed at newer smokers often do not work, likely because they are based on what works for longer-term smokers versus younger smokers who identify as social smokers," said Kimberly Bankston-Lee from UC Davis.

"One of the key differences with our approach was the comfort factor. Younger smokers were able to interact with people their own age in locations where they all typically hang out," she added.