Writing 'thank you' notes may boost your well-being, says study 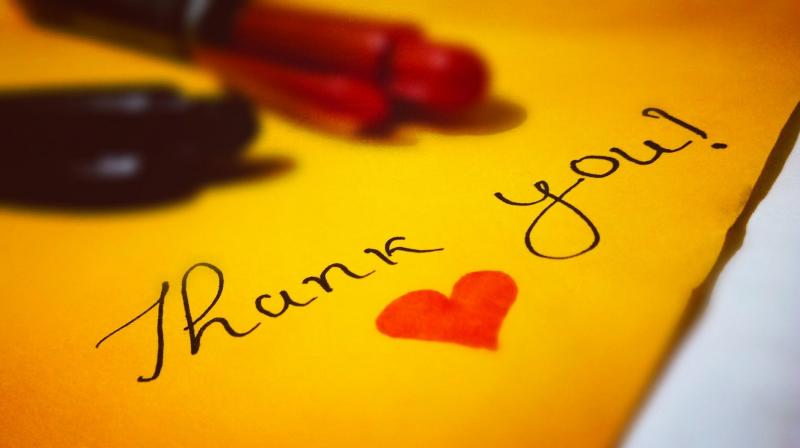 The study, published in the journal Psychological Science, found that the gesture improved well-being for not only letter writers but recipients as well.

Houston: Writing letters of gratitude may improve well-being for not only the writer but the recipient as well, according to scientists, including one of Indian origin.

Researchers, including Amit Kumar from the University of Texas at Austin in the US, asked participants to write a letter of gratitude to someone who has done something nice for them and then anticipate the recipient's reaction.

The study, published in the journal Psychological Science, found that the gesture improved well-being for not only letter writers but recipients as well.

"What we saw is that it only takes a couple of minutes to compose letters like these, thoughtful ones and sincere ones," said Kumar.

"It comes at little cost, but the benefits are larger than people expect," he said. Researchers said anxiety about what to say or fear of their gesture being misinterpreted causes many people to shy away from expressing genuine gratitude.

"It is more fundamental to how the human mind works and a well-established symmetry about how we evaluate ourselves and other people," said Kumar.

"When we are thinking about ourselves, we tend to think about how competent we are, and whether we are going to be articulate in how we are expressing gratitude," he said.

Kumar said what is significant about the research and its results is that thank-you notes and letters of gratitude should be written and sent more often.