Life   Health  29 May 2019  The need for Indian women to prioritise their health
Life, Health

The need for Indian women to prioritise their health

Get an insight into how working women can take care of their health. 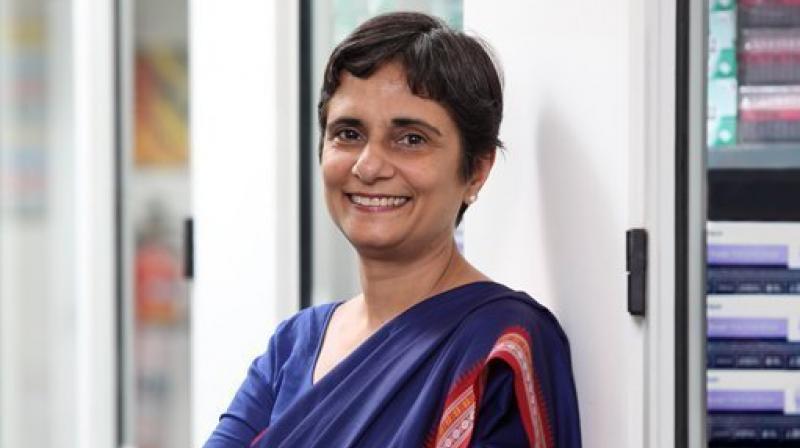 Dr Gagandeep Kang, the first Indian women fellow of Royal Society in the United Kingdom and the Commonwealth in its 360 years of history and also a board member of Hilleman Labs. (Photo: File)

Women constitute for 50 per cent of the world’s population – that's more likely three billion women of all ages and about a little over half a billion in India itself. When we look at the health status of the Indian women as compared to that of the rest of the world, we find that things are changing at both ends of the spectrum.

Dr Gagandeep Kang, the first Indian women fellow of Royal Society in the United Kingdom and the Commonwealth in its 360 years of history and also a board member of Hilleman Labs, in an exclusive conversation gives an insight into the relevance of prioritising women’s health in India.

What is the current national data of women health vis-a-vis its global counterparts?

On one hand, we have a fair percentage of women still dealing with old world problems like malnutrition and infectious diseases etc. and on the other hand, we are witnessing a surge in new world problems like lifestyle diseases, where you have increasing obesity, diabetes and heart diseases.

In India, there exists quite a rural-urban divide, where, in rural areas you see much of the problems of women not doing well in terms of nutritional status and infectious diseases relate to pregnancies, unsafe deliveries because they can't access health services themselves.

In urban areas, you see a huge problem with the other end of the nutrition where you get access to poor quality but calorie-dense food, so you have obesity and lifestyle diseases. In poorer situations, both rural and urban, hygiene and sanitation are a huge problem among women. Another thing that is critically important is domestic violence, which I don't think is appreciated enough as a public health problem.

Despite numerous medical innovations, Indian women are still reluctant to opt for regular medical treatment/check-up. What could be the possible reason?

If you look at women in India today, leaving out a small proportion, what do people really think about women? Our position in society is not where it should be, women are undervalued and their role is viewed as being secondary to that of men. In that kind of situation can you imagine a woman demanding a health check-up?

We have a good woman health screening program, which is very much a middle and upper-middle class phenomenon but that is not something that is available to poorer people and yet it is essential. What happens is that in many other places the idea of being checked regularly is instilled in schools and in India we have some states that have a reasonable school health screening program.

But here again, the issue is that girls drop out of school early and they don't access regular health check-up when they enter their adolescence. These are also the girls who are likely to get married early, and then the next time people see her to the health system when they are pregnant. So, the idea of screening and preventive care is not one that applies to women in India.

How is the government facilitating in spreading awareness and bringing about a change in the women healthcare sector? The way forward you think the new government must take to achieve desired results.

It’s heartening to see that women have been at the centre of various policies and initiatives undertaken by the Government of India in the recent past. However, the focus is on the maternal and child health schemes around pregnancy and childbirth. It's not even the growth and development of children, and it's certainly not before girls get pregnant.

If you wait till a woman becomes pregnant before you do anything about it, you’ve already lost a significant amount of time and brought her into a situation where she now has all the risk factors that will potentially affect how she does in the ante-natal and peripartum period. So, thinking must change.

The government has taken numerous initiatives in promoting nutrition during pregnancies, in the idea that we must have four antenatal visits and that childbirth must take place at a facility. These are good first steps and we should be thinking about what the future should hold.

Now, that requires us to think about taking the life cycle approach instead of a period in a person’s life. From birth till the time you die, one should know the touch points for interacting with the health systems, to promote better health and to make sure you don’t develop disease rather than coming in at a time where we cannot prevent the problem.

What are the most important factors that women usually tend to ignore in terms of their health?

Women are most susceptible to preventable diseases like pneumonia, diarrhoea and respiratory infections during early adulthood and diabetes and cardiovascular diseases in later adulthood. It is also estimated that about 20-40 per cent of maternal deaths in India are due to anaemia and one in every two Indian women (56 per cent) suffers from some form of anaemia.

A large percentage of Indians are at risk of getting kidney disorders but getting it screened at the right time can prevent most of the chronic diseases that women can encounter. On the other hand, infections get picked up very late for women.

When it comes to non-communicable diseases, the chronic diseases that affect your cardiovascular system and respiratory system also need to accompany by screening for cancers. In most cases, breast cancer and cervical cancer tend to be picked up late in India because we don't have screening programs for common people in place.

Education and awareness – how it has brought about a change in women's health and hygiene?

Education and awareness are critical to the promotion of health. Multiple stakeholders and most importantly media need to come forward and highlight how important screening and awareness is to prevent health concerns. We need to rework on structures and processes with the changing needs of working women. Organisations may think of taking steps such as arranging diet counselling for women at regular intervals to improve their knowledge about nutritional requirements and ways and means to achieve them.

Government and development organisations may also invest in education and awareness campaigns around improving women’s nutrition, promoting a healthy diet and discouraging low nutrient packaged fast foods. Most working women are in their reproductive age, having high nutritional demand. Unavailability of proper nutrition leads to issues like poor maternal and child health, anaemia, and stunting and wasting among children.

Three ways by which working women can prioritise their health.

There is a greater need for women to prioritise her health today because ultimately the entire household tends to revolve around what the woman brings to that house. We need to make sure that women stay healthy and can access their preventive and curative healthcare as and when required.

For working women, this is critically important because whether it is for themselves or for their children or family, they need to stay as healthy as possible.

The three things that I believe are most important are: