The woman approached a fire station after suffering headaches when closer inspection revealed that there was a cockroach in her ear cavity. 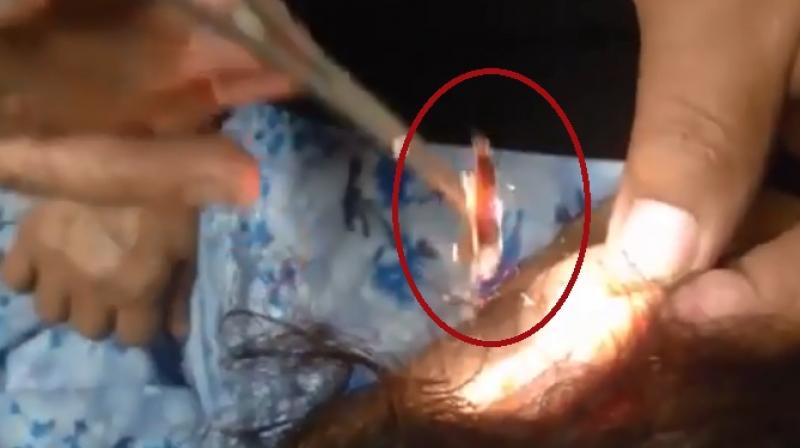 Cockroaches are known to be keen to climb into people’s ears (Photo: YouTube)

Headaches and dizziness can indicate serious medical conditions but sometimes things can be shocking beyond our wildest imagination. Revolting clips of maggots and worms being removed from bodies of people have been shared on the internet, but they never fail to surprise.

A disturbing video from Guatemala has been doing the rounds as it shows a dead cockroach being pulled out of a woman’s ear. A person can be seen pulling out parts of the insect with tweezers before extracting the entire body.

The woman had approached a fire station after suffering from headaches and dizziness when closer inspection revealed that there was a cockroach in her ear cavity. Cockroaches are known to be among insects that are keen to climb into people’s ears.