Deportation may have negative impact of developing high blood pressure 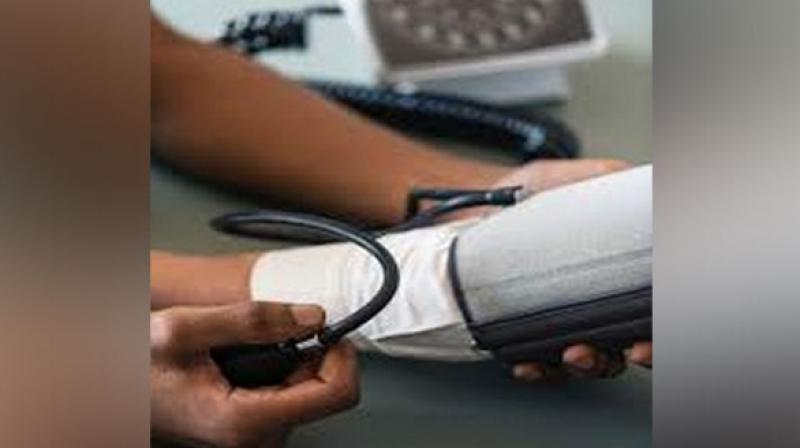 The study was published in the journal, 'JAHA: Journal of the American Heart Association.' (Photo: ANI)

Washington: In a recent study it has been found that the fear and worries associated with deportation may have negative impacts of developing high blood pressure over a four-year period. The study was published in the journal, 'JAHA: Journal of the American Heart Association.' In a four-year study of Mexican-born women who reside in an agricultural area of California, the worry of deportation appears to double their risk of developing high blood pressure.

The researchers followed 572 women (average age of 39 years; 99 per cent were born in Mexico) participating in a long-term study of Mexican women and their children in farmworker families in the Salinas Valley region of California.

"Our findings suggest that concerns around immigration policies and enforcement may have potentially negative impacts on the long-term cardiovascular health of immigrants and their families and community," said Jacqueline M. Torres, lead author at the University of California, San Francisco.

As part of a baseline assessment in 2012-2014, the women in the study were asked to rate their concern about deportation for themselves or others as not too much (28 per cent), a moderate amount of worry (24 per cent) or a lot of worries (48 per cent). At the baseline assessment, worry about deportation was associated with steeper increases in systolic (top number) blood pressure. However, there was no significant difference in the proportion of women diagnosed with high blood pressure.

"Given what we learned in this first study, we are concerned about the long-term effects of deportation worry and its impact on both mental and physical health," Torres said. In the four-year, follow-up with evaluations conducted between 2014-2016 and 2016-2018, the researchers found:

A steeper initial increase in systolic blood pressure and mean arterial pressure in women who reported higher deportation worry at their baseline assessment;

No change in the association between deportation worry and higher body mass index (BMI) and waist circumference over four-years; and

Among the 408 women who did not have high blood pressure at the initial assessment, women with moderate or high deportation worry were twice as likely to be diagnosed with high blood pressure, compared to those expressing little worry during the four-year follow-up period (either self-reported, a formal diagnosis or a blood pressure greater than 130mm Hg systolic or 80 mmHg diastolic at the evaluation).

"Just as clinicians may think about the role of other stressors impacting the lives and health of their patients, this study suggests they may also need to consider the impact of policies such as immigration on stress levels and the subsequent effect on outcomes related to blood pressure," explained Torres.

The researchers cautioned that the study contained only women from one part of the country, and the results may not be generalisable to other groups. However, they noted there is also reason to believe they may have underestimated the effect that living in fear of deportation has on cardiovascular risks like high blood pressure.