Whether a person uses memory or rests, the number of synchronous groups of connections within one brain is consistent for that person. 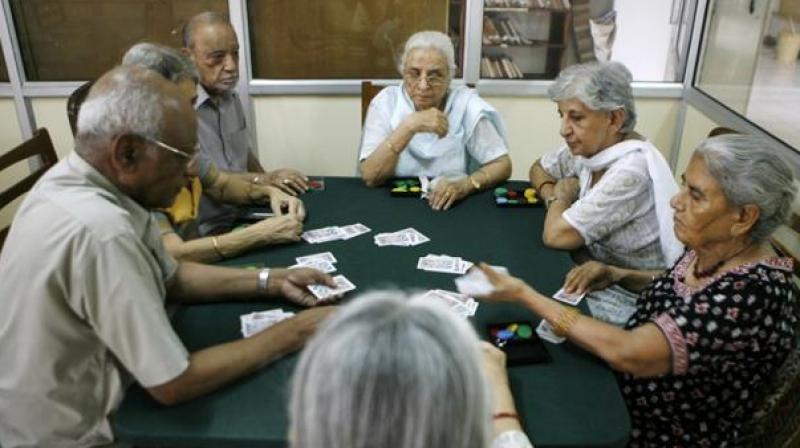 Washington: A recent study found that as people age, the groups of brain regions that synchronize their activity during memory tasks become smaller and more numerous. The study has been published in PLOS Computational Biology.

Typically, research on brain activity relies on average brain measurements across entire groups of people. In a new study, Elizabeth Davison of Princeton University, New Jersey, and colleagues describe a novel method to characterize and compare the brain dynamics of individual people.

The researchers used functional magnetic resonance imaging (fMRI) to record healthy people's brain activity during memory tasks, attention tasks, and at rest. For each person, fMRI data was recast as a network composed of brain regions and the connections between them. The scientists then use this network to measure how closely different groups of connections changed together over time.

They found that, regardless of whether a person is using memory, directing attention, or resting, the number of synchronous groups of connections within one brain is consistent for that person. However, between people, these numbers vary dramatically.

During memory specifically, variations between people are closely linked to age. Younger participants have only a few large synchronous groups that link nearly the entire brain in coordinated activity, while older participants show progressively more and smaller groups of connections, indicating loss of cohesive brain activity -- even in the absence of memory impairment.

"This method elegantly captures important differences between individual brains, which are often complex and difficult to describe," Davison says.

"The resulting tools show promise for understanding how different brain characteristics are related to behavior, health, and disease," he added.

Future work will investigate how to use individual brain signatures to differentiate between healthily aging brains and brains with age-related impairments.