Heart failure risk may double due to high salt intake

In addition to CHD and stroke, heart failure is one of the major cardiovascular diseases in Europe and globally. 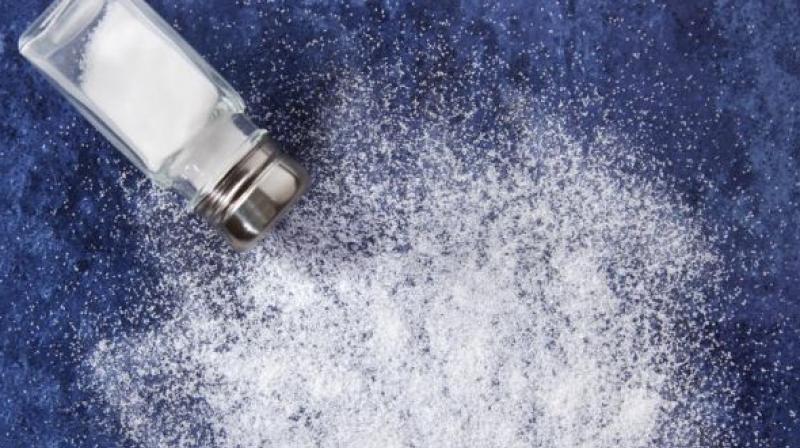 People who consumed more than 13.7 grams of salt daily had a two times higher risk of heart failure compared to those consuming less than 6.8 grams (Photo: AFP)

Washington: If chips, pretzels and salted nuts are your go-to snacks, you may want to cut back on them as according to a recent study, high salt intake is associated with a doubled risk of heart failure.

"High salt (sodium chloride) intake is one of the major causes of high blood pressure and an independent risk factor for coronary heart disease (CHD) and stroke," said Pekka Jousilahti from the National Institute for Health and Welfare, Helsinki, Finland. "In addition to CHD and stroke, heart failure is one of the major cardiovascular diseases in Europe and globally but the role of high salt intake in its development is unknown."

The 12-year study in more than 4,000 people presented at ESC Congress assessed the relationship of salt intake and the development of heart failure. Estimation of individual salt intake is methodologically demanding and therefore suitable population-based cohorts are rare.

This study used 24 hour sodium extraction, which is considered the gold standard for salt intake estimation at individual level.

The study cohort was followed up for 12 years through computerised register linkage to National Health Records. Cases of incident heart failure were identified from the Causes of Death Register, the Hospital Discharge Register and drug reimbursement records. The association of salt intake in quintiles (<6.8g, 6.8-8.8g, 8.8-10.9g, 10.96-13.7g and >13.7g/day) and the risk of an incident new heart failure event was estimated.

Jousilahti said that the heart does not like salt, adding that high salt intake markedly increases the risk of heart failure. "This salt-related increase in heart failure risk was independent of blood pressure."

"People who consumed more than 13.7 grams of salt daily had a two times higher risk of heart failure compared to those consuming less than 6.8 grams," he continued. "The optimal daily salt intake is probably even lower than 6.8 grams. The World Health Organization recommends a maximum of 5 grams per day and the physiological need is 2 to 3 grams per day."