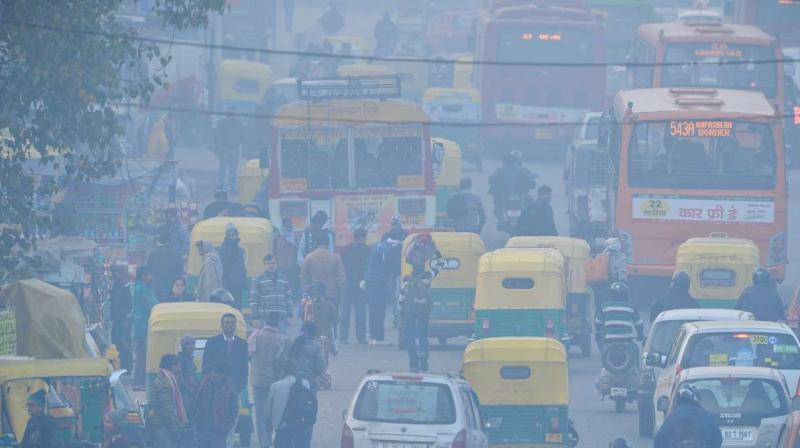 Washington: A word of caution; avoid places with heavy traffic or try to find a different route as a study has warned that exposure to diesel pollution causes heart attack, heart failure and death.

"This appears to be driven by an inflammatory response - inhalation of fine particulate matter (PM2.5) causes localised inflammation of the lungs followed by a more systemic inflammation affecting the whole body," Aung added.

The participants were 62 years old on average and 47 percent were men. The annual average PM2.5 level was 10 microgram/cubic meter (µg/m3).

Dr Aung explained that as PM2.5 exposure rises, the larger the heart gets and the worse it performs. Both of these measures are associated with increased morbidity and mortality from heart disease.

The investigators found linear relationships between ambient PM 2.5 level and heart structure and function. PM2.5 causes systemic inflammation, vasoconstriction and raised blood pressure. The combination of these factors can increase the pressure in the heart, which enlarges to cope with the overload, Dr Aung noted.

Dr Aung suggested, "Avoid times and places where there is a high level of pollution. If you want to cycle into work and there is heavy traffic around that time then try to find a quieter route. Walk on the part of the pavement furthest from cars to reduce the amount of pollution you breathe in."

The researchers concluded that those with cardiorespiratory diseases should limit the time spent outdoors during highly polluted periods such as rush hours.

The findings were presented at the EuroCMR 2017 in Prague.