Teens who get more sleep may curb screen time

It turns out that extra time awake is almost all just sitting around - it has no health benefits. 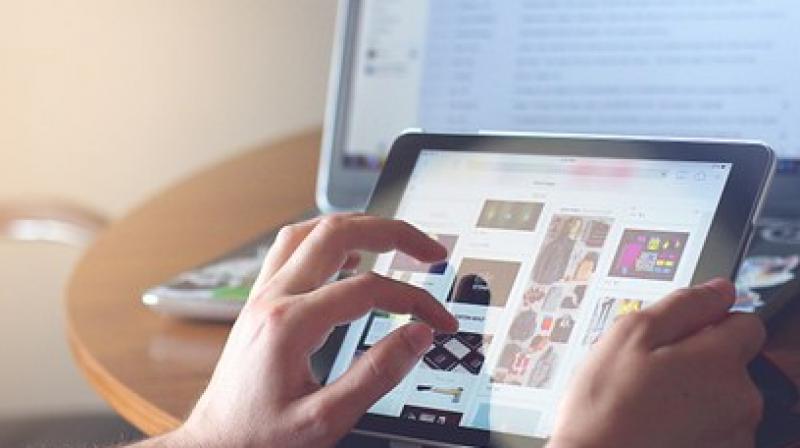 When teens sleep less, they spend more time awake, and we knew that something had to occupy that ‘extra’ time. (Photo: Pixabay)

When teens get extra sleep on school nights, they might cut back mostly on sedentary activities like screen time without making major changes to their exercise habits, a small experiment suggests.

Researchers asked 18 adolescents who regularly got 5 to 7 hours of rest a night to go to bed early and get an extra 1.5 hours of sleep on school nights for two weeks and wear activity trackers during the day. During a separate two-week period, researchers tracked the teens’ activity levels when they stuck to their habitual bedtimes and got their regular amount of sleep.

When they had to get extra rest, teens averaged 71 more minutes of sleep on school nights than they did before they started the experiment.

With this extra sleep, teens spent an average of 52 fewer minutes of the day being sedentary than they did when they were asked to follow their usual sleep schedules. But the amount of time they devoted to light or vigorous physical activity didn’t change much based on how much rest they got, according to the results in Sleep Medicine.

“When teens sleep less, they spend more time awake, and we knew that something had to occupy that ‘extra’ time,” said lead study author Tori Van Dyk of Cincinnati Children’s Hospital Medical Center.

“It turns out that extra time awake is almost all just sitting around - it has no health benefits,” Van Dyk said by email. “In contrast, when teens sleep more, they replace sedentary behaviour with sleep, which we know is helpful for thinking skills, physical health, safety and mood.”

Ideally, teens should get 8 to 10 hours of sleep each night, according to the US Centers for Disease Control and Prevention (CDC). They should also get an hour a day of moderate to vigorous intensity aerobic exercise.

Teens in the study didn’t measure up very well against these recommendations. Some of them didn’t get enough rest to begin with for the extra 1.5 hours to be sufficient.

And whether or not they got extra rest, they still came up far short of the meeting the CDC exercise targets. When the teens got their typical amount of sleep, they averaged a total of about 245 minutes of light and vigorous exercise over five weekdays, when they should have had 300 minutes of moderate to intense activity. With extra sleep, they averaged about 225 minutes of light and vigorous exercise.

The difference in exercise with the two different sleep schedules wasn’t big enough to rule out the possibility that it was due to chance.

One drawback of the experiment, however, is that it only had 18 participants and it’s possible that a larger group might have highlighted meaningful differences in exercise based on the amount of sleep they got. Many teens also failed to follow the directions for their sleep routines during the study.

“The study shows that although teenagers can be stubborn it appears possible to modify their sleeping habits,” said Dr. Paul Collings of the Bradford Institute for Health Research in the UK.

“This is reassuring - but we must bear in mind that the study lasted only a few weeks and involved a small and select group of teenagers,” Collings, who wasn’t involved in the study, said by email.

It’s still encouraging that teens in the study didn’t appear to sacrifice exercise to get more sleep, said Michelle Garrison of the University of Washington and Seattle Children’s Research Institute.

“This is great news, since sometimes improving one aspect of health can come at the cost of slipping in other areas, and so it’s wonderful to see that improving sleep doesn’t affect physical activity in teens this age,” Garrison, who wasn’t involved in the study, said by email.

While parents can’t always control all the things that get in the way of a good nights’ sleep for their teens - whether it’s the demands of jobs or sports or the early start of the school day - they can still help support good sleep habits, said Jonathan Mitchell, a researcher at the University of Pennsylvania and the Children’s Hospital of Philadelphia.

“Parents do oversee the environment where the vast majority of sleep periods occur,” Mitchell, who wasn’t involved in the study, said by email. “Removing screens from their bedrooms and enforcing strict bedtime routines have been consistently shown to be associated with more sufficient sleep among children.”