Studies show that up to 20 per cent of active military personnel have insomnia. 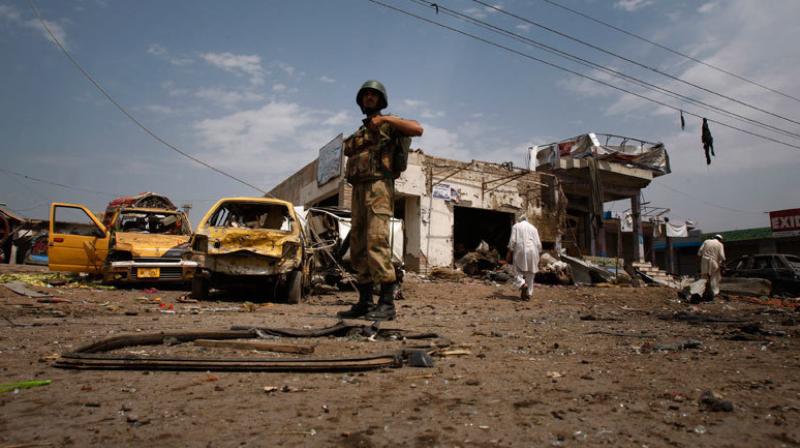 CBTi is a short-term, goal oriented type of psychotherapy that tries to change destructive thinking and behaviour. (Representational | Photo: AP)

Talk therapy for insomnia is effective at reducing insomnia, as well as mental fatigue, among military personnel, according to a new study.

For the new analysis, published online in Sleep, researchers recruited 151 active-duty US Army personnel stationed at Fort Hood, Texas who had chronic insomnia and randomly assigned half of them to receive six weekly 60-minute sessions of a treatment cognitive behavior therapy for insomnia (CBTi).

All the soldiers had served at least one military deployment in or around Iraq or Afghanistan. The average age was about 32, and more than 80 per cent were male.

CBTi is a short-term, goal oriented type of psychotherapy that tries to change destructive thinking and behaviour. It has been successfully used since the 1960s in civilian populations to treat several clinical problems besides insomnia.

The soldiers’ CBTi program also included relaxation training and helpful tips on how to get a good night’s sleep, or sleep hygiene, such as avoiding activities in bed like using a computer, eating or watching TV.

Control group volunteers were contacted briefly every other week for six weeks.

About 11 weeks after the start of the study, participants receiving CBTi were sleeping longer and waking less during the night than control subjects.

CBTi also helped military personnel reduce their mental fatigue and improve their scores on assessments of their mental health.

Lead author Daniel J. Taylor of the University of North Texas in Denton said that up to 20 per cent of active military personnel have insomnia.

“If you want to keep your fighting forces as healthy as possible, you want to address modifiable risk factors like sleep as early and effectively as possible. We know that people with insomnia have comorbid depression, anxiety and PTSD. It’s possible that insomnia may exacerbate these conditions,” he said.

Based on the results, Taylor believes, “CBTi should be the first line treatment of insomnia in active duty military.”

Michael Twery, director of the National Heart, Lung and Blood Institute’s National Center on Sleep Disorders Research in Bethesda, Maryland, cautioned, however, that “while CBT is an evidenced-based therapy and has efficacy in the general population, it doesn’t work for everyone.”

He said that people who feel they’re getting insufficient sleep or who have extensive daytime sleepiness that interferes with their ability to function during the day for about two weeks should discuss it with their primary care provider.

“In some cases insomnia can be an indicator of other medical problems like infection or cancer. Insufficient sleep is also a red flag for suicide ideation,” said Twery, who was not involved in the research.

Taylor said more studies are needed to determine whether treating insomnia could reduce depression, substance abuse and PTSD symptoms, as well as work safety and operational readiness. He also hopes to test the effect of CBTi in other military settings, including before and during deployment.

“My hope is that the outcome of this study is that the military massively trains more people who can provide CBTi for insomnia,” said Taylor.