People with above-average increases in adherence to healthy Mediterranean diet are at least 26 per cent less likely to develop fatty liver. 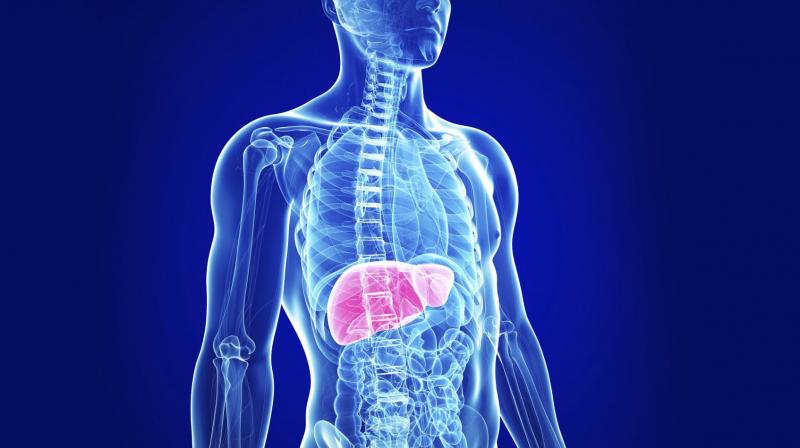 Most people have a little bit of fat in their liver. Fatty liver disease can occur when more than 5 per cent of the liver by weight is made up of fat.

People who make an effort to improve their diet may be more likely to have less fat in their livers and a lower risk of liver disease than individuals who stick to unhealthy eating habits, a US study suggests.

Researchers focused on what’s known as non-alcoholic fatty liver disease (NAFDL), which is usually associated with obesity and certain eating habits. While dietary changes are recommended to treat this type of liver disease, research to date hasn’t clearly demonstrated whether these changes can work for prevention.

For the current study, researchers examined data from dietary questionnaires and liver fat scans for 1,521 people enrolled in the long-running Framingham Heart Study. Participants did the questionnaires and scans twice, at least three to four years apart.

Above-average increases in sticking to another liver-friendly diet, the so-called Alternative Healthy Eating Index, were associated with at least 21 per cent lower odds of developing fatty liver, researchers report in Gastroenterology.

“Our findings demonstrate that increasing diet quality is associated with less liver fat accumulation and reduced risk for new-onset fatty liver, particularly in individuals with a high genetic risk for NAFLD,” said senior study author Dr. Daniel Levy, director of the Framingham Heart Study and a researcher at the National Institutes of Health in Bethesda, Maryland.

Participants who had improved diet quality scores consumed more fruit, vegetables, and whole grains, which have high amounts of water and fiber.

“We speculated that these foods may decrease energy intake by affecting satiety and improve weight control and therefore reduce liver fat,” Levy said. “It is also possible that fiber intake may affect gut bacteria and subsequently have impact on liver fat.”

Both diets in the study also limit intake of red meat that can lead to liver fat, and encourage consumption of foods like nuts, which may help reduce liver fat accumulation, Levy added.

The study wasn’t a controlled experiment designed to prove whether or how diet changes might impact the risk of developing fatty liver. Researchers also relied on questionnaires to assess participants” diets, which can be unreliable, and they lacked data on non-dietary causes of liver fat accumulation including certain medications and viral infections.

Even so, the findings add to the evidence suggesting that healthy eating habits can minimize the risk of fatty liver disease, even when people have a genetic risk for this condition, said Shira Zelber-Sagi, a researcher at the University of Haifa in Israel who wasn’t involved in the study.

“Genetics is not a destiny,” Zelber-Sagi said. “The patients have the power to improve their liver health by themselves in many cases of NAFLD.”