Parents can create a bastion of protection for children in the home, by keeping junk foods out. 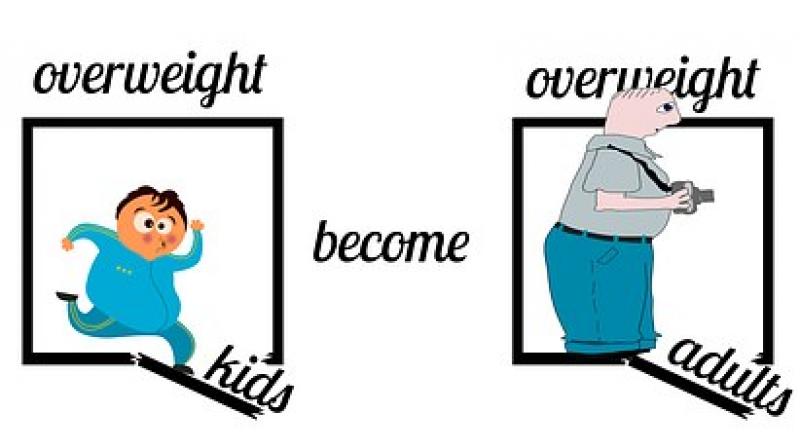 White and Asian American children had significantly lower rates of obesity than kids of other racial and ethnic groups. (Photo: Pixabay)

Childhood obesity is a growing problem in the US, according to two new studies that suggest some recent reports of progress may have been incorrect, or that a downturn was fleeting at best.

Just four years ago, the US Centers for Disease Control and Prevention announced that childhood obesity rates had leveled off and touted a dramatic 43 percent decline in obesity among kids ages 2 to 5 years during a 10-year period ending in 2012.

Now, however, it appears that childhood obesity has been steadily climbing for both boys and girls since 1999, researchers report in Pediatrics. More recently, there has also been a sharp increase in severe obesity among kids 2 to 5 years old.

“Obesity is not going away, and all kids are still at risk,” said lead author Asheley Cockrell Skinner of Duke University in Durham, North Carolina.

“This is not surprising, necessarily, but it is disheartening,” Skinner said by email. “It tells us that our efforts to improve the health of children are not reaching across the country.”

Skinner and colleagues examined data from the CDC’s National Health and Nutrition Examination Survey (NHANES), looking at data on children’s height and weight collected in two-year cycles starting with 1999-2000 and continuing through 2015-2016.

Obesity and severe obesity also increased sharply for kids ages 2 to 5 and for teen girls ages 16 to 19 in 2015-2016, compared to the previous two-year survey cycle.

White and Asian American children had significantly lower rates of obesity than kids of other racial and ethnic groups, including African American and Hispanic children, the study also found.

A separate study in Pediatrics focused only on the 2.1 percent of children ages 2 to 5 with severe obesity and found these kids were more likely to be from racial or ethnic minority groups.

Compared with white children, Hispanic kids this age were more than twice as likely to be obese, and African American kids had 70 percent higher odds, this study found.

Young children also had at least twice the odds of obesity when they were poor or had parents who were single or had limited education. Children who weren’t breastfed were 50 percent more likely to be obese, the study also found.

Kids who were severely obese also had twice the odds of spending four or more hours a day in front of screens, compared to non-obese children.

These obese young children didn’t appear to eat more calories than their normal weight peers, said lead author of the study, Dr. June Tester of the University of California San Francisco. Instead, it’s possible differences in the availability of healthy food or safe housing or places to exercise and play outside might play a role.

“Kids don’t live in a vacuum,” Tester said by email. “They live in families and communities.”

Neither of the studies was a controlled experiment designed to prove whether or how specific factors might directly cause children to become overweight or obese. Survey data used in both studies also might not reflect all of the factors that can influence weight, or be an accurate picture of what kids typically ate.

Even so, the results of both studies suggest that more must be done to combat childhood obesity, said Dr. David Ludwig, author of an accompanying editorial and an obesity researcher at Boston Children’s Hospital.

“But until then, parents can create a bastion of protection for children in the home, by keeping junk foods out and making healthful and tasty alternatives readily available,” Ludwig added. “In addition, it’s key that parents model healthful behaviors too, so that the heavy child is supported and not stigmatized.”