Humans can use sound to 'see' like bats: study

Humans - just like bats - can 'see' their surroundings using sound by producing clicks that bounce off objects to "sonify" them. 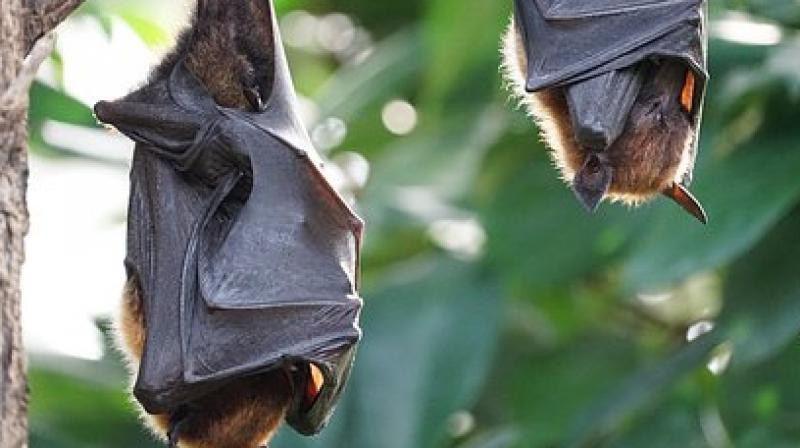 Humans - just like bats - can 'see' their surroundings using sound by producing clicks that bounce off objects to "sonify" them into a picture, scientists say.

In a study published in the journal Proceedings B, researchers revealed how louder clicks allow "echolocators" to see behind them.

Previous studies have shown that echolocation can provide detail about objects in the environment, including shape, size, distance, and even the material they are made from.

Just like bats, expert echolocators instinctively increase the intensity (or loudness) of their clicks, and click more frequently when an object is off to the side or behind them, BBC News reported.

Lore Thaler from Durham University in the UK and colleagues used a special sound-deadening room to put echolocating volunteers to the test.

Eight participants stood in this soft, foam-lined room with their fingers in their ears humming a tune, while one of the scientists placed an echo-producing disc somewhere around them.

"We would then retreat behind them and use a long stick to tap them gently on the back of their foot," said Thaler, who led the study.

"Then, they would stop humming, unblock their ears and start making mouth clicks and using the echoes to tell us - was there a target present or not?"

This revealed that echolocators could spot the target in front of them after a click or two.

However, if it was off to the side or behind them, they needed about 10 or 12 clicks, and the clicks became much louder, researchers said.