Haemanthamine also inhibits the production of these nanomachines in the nucleolus (the “ribosome factory”). 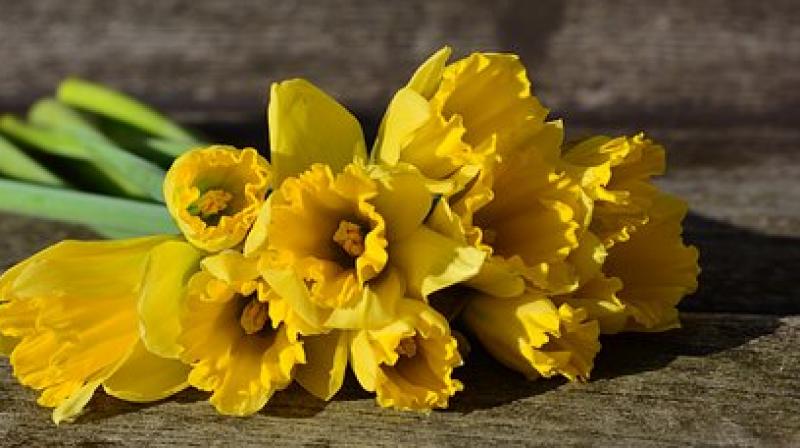 Scientists have extracted a natural anti-cancer compound from daffodils that may help improve treatments for the deadly disease.

Researchers, led by Denis Lafontaine from Universite libre de Bruxelles (ULB) in Belgium, discovered that this compound triggers the activation of an anti-tumoural surveillance pathway.

They established that this compound, an alkaloid named haemanthamine, binds to the ribosome.

Ribosomes are nanomachines essential to the survival of our cells because they synthesise all our proteins.

They are therefore particularly sensitive to treatments that inhibit the production and the function of ribosomes.

In the study published in the journal Structure, the researchers have shown that haemanthamine from daffodils blocks the production of protein by ribosomes, thus slowing growth of cancer cells.

Haemanthamine also inhibits the production of these nanomachines in the nucleolus (the “ribosome factory”).

This nucleolar stress triggers the activation of an anti-tumoural surveillance pathway leading to the stabilisation of the protein p53 and to the elimination of cancer cells, researchers said.

The study provides for the first time a molecular explanation to the anti-tumoural activity of daffodils used for centuries in folk medicine.