However, this said tale has a sweet ending. 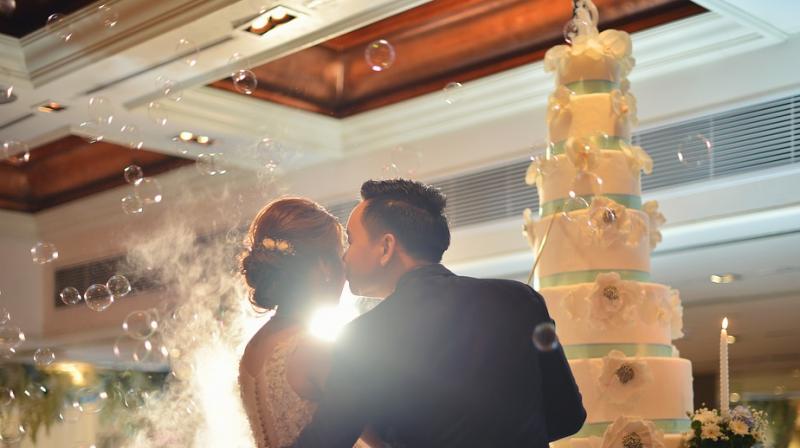 A New Jersey (US) couple's wedding day was cut short after the bride suffered from a allergic reaction to the cake.

Victoria, from New Jersey (US), told the Courier-Post of Cherry Hill she was dancing at her reception in September when she suddenly suffered an allergic reaction.

Being a nurse, she was able to recognise what was going on and her father reportedly administered an EpiPen.

"I had to take my dress off outside so they wouldn't cut it off me when we got to the hospital," Victoria is quoted as saying by the Daily Mail.

The couple had to miss their reception as the bride was whisked off to the hospital. There Victoria and her family learned she is allergic to almonds and milk and the symptoms manifest after exercise or dancing.

Even though she was treated and released from the hospital, the couple missed their wedding reception.

But this sad tale has a sweet ending. Given the unforeseen circumstances the couple's kind caterer Jim Auletto gave them a reception free of charge on Sunday.

"This is driving me crazy, she didn't get to cut her cake," Auletto told Fox 29. Adding, "It never happened before, so we have to do something."

The owner of the entertainment company that performed at the wedding originally and their photographer also teamed up with the Auletto to give them the reception they didn't get to have.

Close to 150 of the 250 guests attended the second reception.