Have cocoa for a healthy heart, says study

According to the researchers, the two types of bioactives, called flavanols and procyanidins, behave differently in the body. 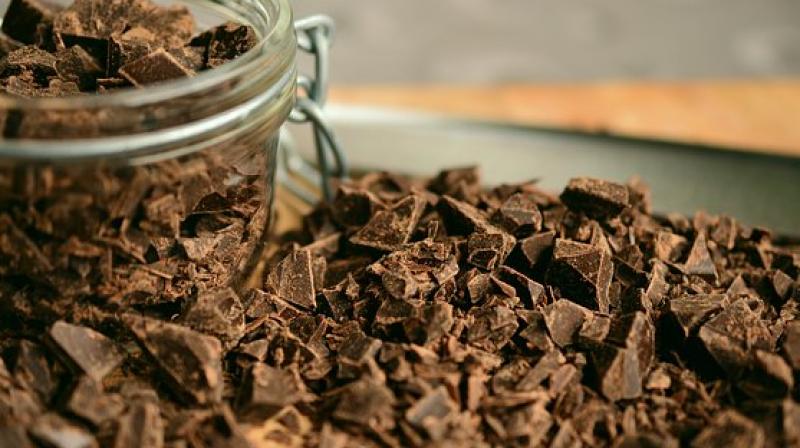 Bioactives are dietary compounds that can be beneficial to health. (Photo: Pixabay)

Washington DC: A recent study has reaffirmed that bioactive compounds found in cocoa can keep the heart healthy.

The findings have been published in the American Journal of Clinical Nutrition (AJCN).

According to the researchers, the two types of bioactives, called flavanols and procyanidins, behave differently in the body.

Bioactives are dietary compounds that can be beneficial to health. Comprised of two kinds of bioactives, namely flavanols and procyanidins, the cocoa flavanols present in cocoa have attracted considerable scientific attention in recent years.

As both groups of compounds are also found in apples, grapes, berries, and some cereals and legumes, the use of cocoa extract as a model for flavanol- and procyanidin-containing foods is likely to generate insights relevant beyond cocoa.

"We were able to confirm previous findings related to cocoa flavanols, and we gained novel insights into the respective contributions of flavanols and procyanidins in the context of their cardiovascular effects in humans. We found that the flavanols, especially (-)-epicatechin, represent the bioactives primarily responsible for the beneficial vascular effects observed after cocoa flavanol intake," said researcher Christian Heiss of University of Surrey.

As we age, blood pressure, cholesterol, and stiffness of arteries increase. What is important is that they are each independently associated with an increased risk of cardiovascular disease and death. Consuming procyanidins and flavanols, like (-)-epicatechin, could therefore help people maintain their heart health.

The key findings of the study include:

- Healthy adults experienced improved blood vessel function along with improvements in blood pressure, arterial stiffness, and cholesterol after one month of once-daily consumption of an extract enriched in flavanols and procyanidins.

-Consequently, improvements in blood vessel function, blood pressure, and arterial stiffness were shown to predominantly relate to the intake of flavanols, but not to the intake of the more abundant procyanidins and their gut microbiome-derived metabolites.