Life   Health  27 Oct 2017  Woman's scalp gets torn off her head along with eyebrows in shocking accident
Life, Health

The woman was taken to a hospital where it took 4 hours to reattach the scalp in a complex procedure. 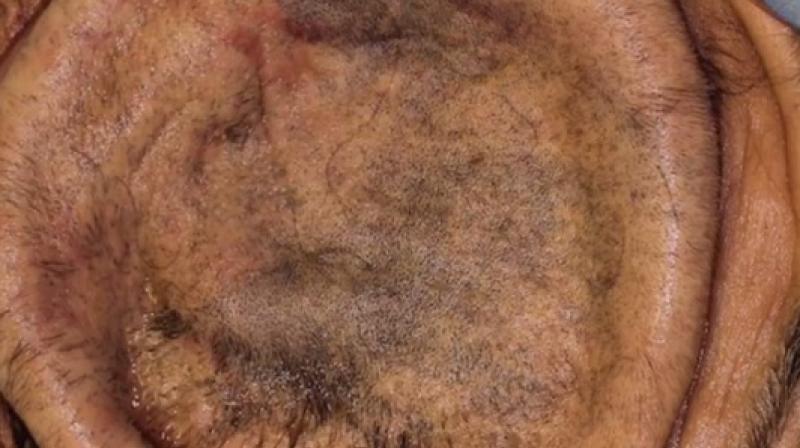 This is only the second time that the scalp was reattached in such a case (Photo: YouTube)

While a lot of people around the world complain of having bad days at work, for some it may mean something much more serious and actually painful. Shocking stories of workplace accidents like a man accidentally firing a nail gun on his penis have been reported in the past and they keep getting more disturbing.

It was just another day at work for a 64-year-old woman in Japan but it quickly turned into a nightmare when her hair got caught in a high power contraption. Images reveal that the force of the machine ripped off her entire scalp along with eyebrows and the top thirds of both ears.

The woman was moved to a hospital where it took four hours to reattach her scalp after a complex procedure. This is only the second case ever in which a person’s scalp has been successfully attached back after avulsion.

She also needed a skin graft after two weeks when the skin on the left side was starting to die due to lack of blood.