WHO says that annual measles death rates have dropped

The report, however, warns that the world is still far from eliminating measles. 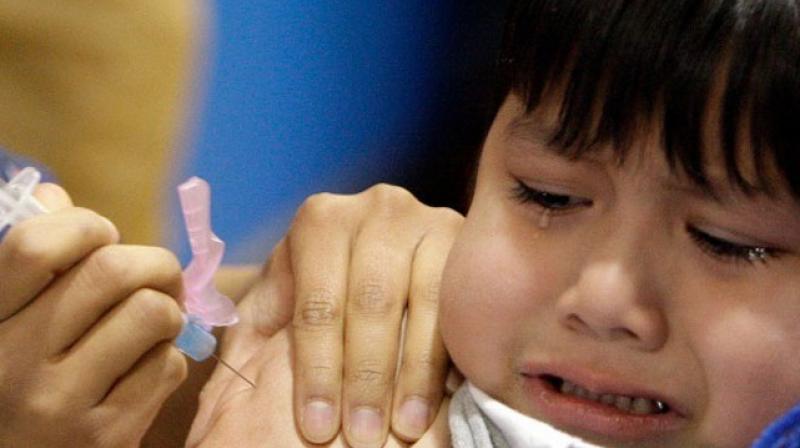 Annual deaths from measles dropped below 100,000 worldwide last year for the first time, to 90,000, the World Health Organisation (WHO) and other international agencies said on Thursday.

The report warned, though, that the world is still far from eliminating measles. Coverage with the first of two required doses of measles vaccine has stalled around 85 percent since 2009, it said, short of the 95 percent needed. Coverage with the second dose was only 64 percent in 2016.

“We must strive to reach zero measles cases,” said Jean-Marie Okwo-Bele, the director of the WHO’s immunisation department. “Measles elimination will only be reached if measles vaccines reach every child, everywhere.”

M&RI is a partnership of the American Red Cross, the U.S. Centers for Disease Control and Prevention, the United Nations Foundation, the UNICEF children’s fund, and the WHO.Its report said that since 2000, an estimated 5.5 billion doses of measles vaccine have been provided to children in routine immunisation services and mass vaccination campaigns.

It added, however, that some 20.8 million children are still missing their first measles vaccine dose.

More than half of these unvaccinated children live in six countries: Nigeria, India, Pakistan, Indonesia, Ethiopia and the Democratic Republic of the Congo.

It said large outbreaks of measles continue to occur in those countries as well as others in Europe and North America, putting children at risk of severe health complications such as pneumonia, diarrhoea, encephalitis, blindness, and death.

But he added but added: “We cannot afford to be complacent. Too many children are still missing out on lifesaving vaccines. To reach these children and set ourselves on a realistic road to measles elimination we need to dramatically improve routine immunization backed by strong health systems.”

Tags: measles, death, who, health and well being