Researchers discover elevated levels of CCL11 in brains of dead football players with CTE, but not in brains of healthy people. 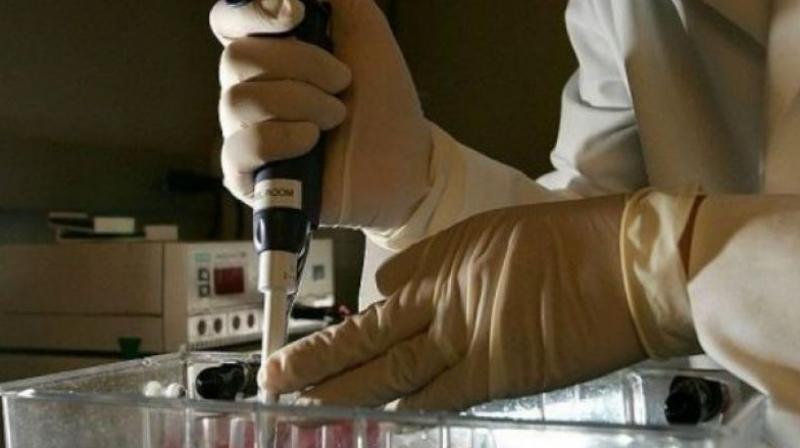 CTE is linked to repeated head trauma and can lead to depression, anxiety and memory loss. (Photo: AFP)

Researchers have discovered a protein that could help diagnose a degenerative brain disease commonly found in athletes, veterans of military service and others who have experienced brain trauma, a new study published on Tuesday showed.

Scientists from Boston University and the VA Boston Healthcare System, a group of hospitals run by the U.S. Department of Veterans Affairs, discovered elevated levels of a protein called CCL11 in the brains of dead football players with Chronic Traumatic Encephalopathy (CTE), but not in the brains of healthy people or people with Alzheimer’s disease.

Currently, CTE can only be diagnosed in a dead person’s brain tissue.

According to the study, published in the journal PLOS ONE, because the protein CCL11 can be detected in the cerebrospinal fluid, researchers could be moving closer to developing a method for diagnosing CTE in the living.

CTE is linked to repeated head trauma and can lead to depression, anxiety and memory loss. The study noted that its symptoms are similar to Alzheimer’s disease, and doctors have struggled to distinguish between Alzheimer’s and CTE in patients.

Boston University released research this past summer that found signs of CTE in 110 out of 111 deceased former National Football League players.

The findings were based on the broadest review yet of brains of former football players for signs of chronic traumatic encephalopathy. CTE is linked to the sort of head-to-head hits that were long part of the sport, although the NFL and school leagues have been adjusting the game to limit blows to the head.

The condition has been diagnosed in former players including Hall of Fame linebacker Junior Seau and Pro Bowl safety Dave Duerson, who both committed suicide.

Former New England Patriots player Aaron Hernandez, who killed himself in prison in April, had a “severe case” of CTE, according to researchers at Boston University.

BU Today, the news division of Boston University which is the leading center studying CTE, described the research as a potential step toward developing therapies to treat the disease and better ways of preventing it.

While CCL11 is seen as one biomarker that could be used for that purpose, the study’s authors said further research was needed.

CCL11 could eventually be used in combination with other biomarkers and procedures, such as positron emission tomography, or PET scans, to diagnose CTE in the living, according to the study.