Prevalence of hypertension higher in men than women: Report

While the prevalence of hypertension among urban men and women was maximum in Kerala it was lowest in Bihar. 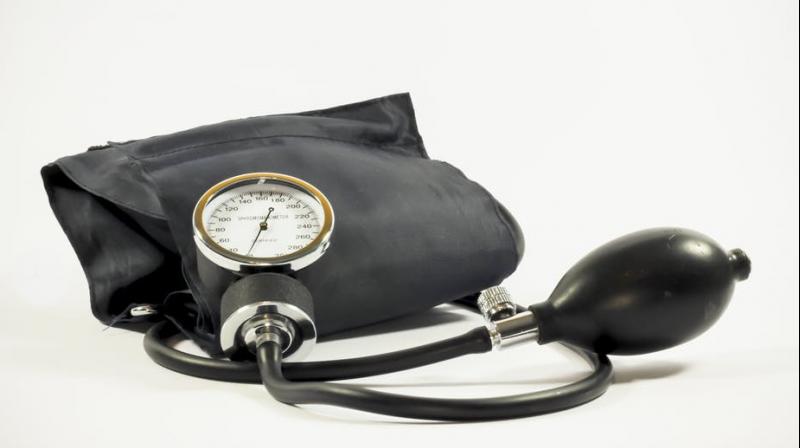 While the prevalence of hypertension among urban men and women was maximum in Kerala it was lowest in Bihar.

The prevalence of hypertension among urban men and women in the country was 31 per cent and 26 per cent, respectively, a new study has found.

While the prevalence of hypertension among urban men and women was maximum in Kerala (31 per cent to 39 per cent), it was lowest in Bihar (16 per cent to 22 per cent), according to a report by the National Institute of Nutrition (NIN).

Hypertension, or high blood pressure, is a medical condition in which the blood pressure in a person's arteries remains persistently elevated.

The report, 'Diet and nutritional status of urban population and prevalence of Obesity, hypertension, diabetes and its associated non-communicable diseases', was released on the occasion of NIN Foundation Day function yesterday.

The report is based on a comprehensive urban nutrition survey carried out by the National Nutrition Monitoring Bureau (NNMB) during 2015-16. The NNMB was established in 1972 by the Indian Council of Medical Research (ICMR).

According to the report, "The prevalence of diabetes among men and women (after adjustment of age) was 22 per cent and 19 per cent, respectively."

"It was significantly associated with overweight and obesity, physical inactivity, hyperlipidaemia (an abnormal increase in the levels of fats, including cholesterol, in the blood)," it said.

The prevalence of tobacco smoking among men was 16 per cent, while alcohol consumption was observed in 30 per cent men, the report said.

A total of 1.72 lakh "subjects" from 16 states in the country were covered for their socio-demographic status while carrying out the survey, it said.

Food Safety and Standards Authority of India (FSSAI) CEO Pawan Agarwal, who released the report, said the regulator is making efforts to increase the capacity of food businesses towards ensuring food safety.