First ever genetically modified human embryos created in US 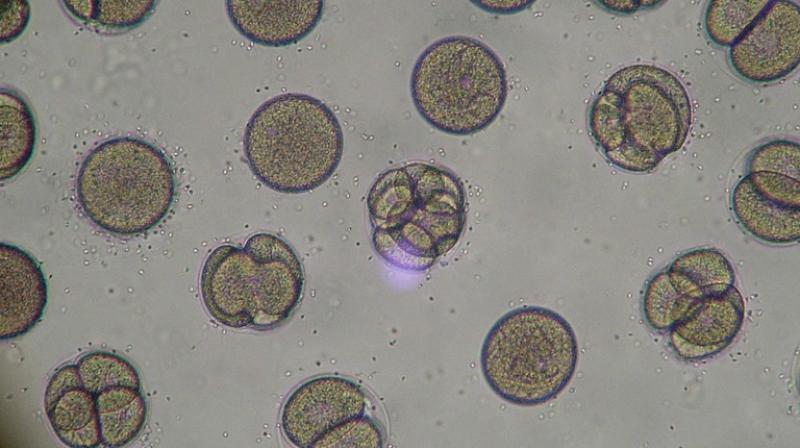 Experiments are a milestone in journey towards the birth of the first genetically modified humans (Photo: Pixabay)

Boston: For the first time, scientists in the US have successfully used gene-editing tools on human embryos to correct defective DNA that cause inherited diseases.

The effort, led by Shoukhrat Mitalipov of Oregon Health and Science University in the US, involved changing the DNA of a large number of one-cell embryos with the controversial gene-editing technique CRISPR.

Previous reports of editing human embryos were all by scientists in China.

For ethical reasons, the embryos were not allowed to develop for more than a few days.

The experiments are a milestone in journey towards the birth of the first genetically modified humans, according to the 'MIT Technology Review'.

Scientists wanted to show that they can eradicate or correct genes that cause inherited disease, like thalassemia.

The genetically modified child would then pass the changes on to subsequent generations.

Critics say that such experiments may open the gates to a world of "designer babies" engineered with genetic enhancements - a prospect opposed by religious organisations, civil society groups, and biotech companies.

"So far as I know this will be the first study reported in the US," said Jun Wu from the Salk Institute in the US, who was involved in the project.