Binge drinking is often defined as consuming 5 drinks or more for men and 4 or more drinks for women per occasion within a span of 30 days. 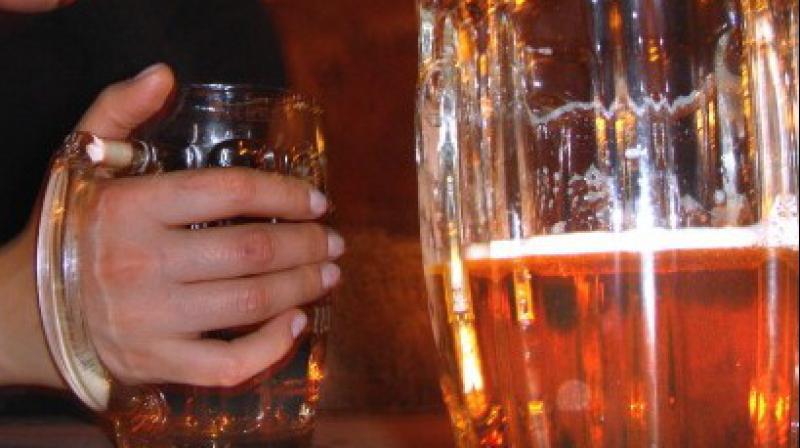 Young adults need to be aware that the consequences of repeated binge drinking may harm their hearts (Photo: AFP)

New York: Binge drinking - or consuming over four drinks in row - can put young adults at increased risk of heart diseases in later life, a study has warned.

The study, performed on almost 5,000 young adults, showed that binge drinking has adverse health effects on both men and women.

"Compared to previous generations, the pervasiveness, intensity (number of drinks) and regularity (several times per week) of binge drinking may place today's young adult at greater risk for more profound rates of alcohol-attributable harm," said Mariann Piano, the lead author of the study published in Journal of the American Heart Association.

Binge drinking is often defined as consuming five drinks or more in a row for men and 4 four or more drinks for women per occasion within a span of 30 days.

"Young adults need to be aware that the consequences of repeated binge drinking may harm their hearts. The risk extends beyond poor school performance and increased risk for accidental injury," Piano said.

This study, however, showed only an association, not a cause and effect relationship, between binge drinking and cardiovascular risk factors.

"Young adults should be screened and counselled about alcohol misuse, including binge drinking, and advised on how binge drinking may affect their cardiovascular health," he suggested.

Some risk factors, such as family history and age, are uncontrollable, researchers said.

Many others, however, are controllable through lifestyle changes such as controlling high blood pressure, blood sugar, and cholesterol by staying physically active, eating a healthy diet, losing excess weight, and by quitting smoking.