Find out how to get your kids to eat healthy. 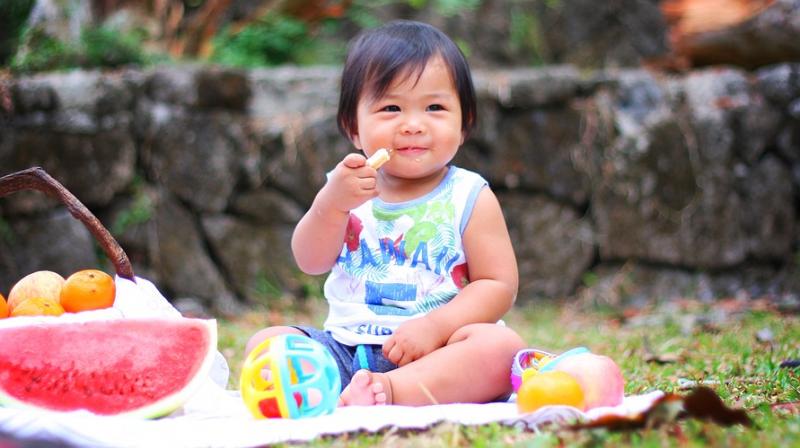 Washington: According to a study, star-shaped bread is popular with children and could encourage healthier eating.

The study, by European Association for the Study of Obesity, stated focusing on taste and product attractiveness might help children and their parents make healthier food choices.

In children, increased fibre consumption is related to healthier eating and better health outcomes, whereas the opposite is true for high salt consumption.
Therefore, in this study, a visually attractive whole-grain bread was developed based on published health recommendations for salt and fibre, and then children evaluated the bread based on its shape, symmetry and colour.

In the study, 38 children, aged 6-10 years, tested different types of the bread which differed in shape, colour, symmetry and taste.

The liking was measured on a scale from 1 (best) to 5 (worst) and was significantly higher for the pictures with the star-shaped versions (score 1.5) in contrast to the square-shaped versions (score 2.0). The yellow coloured versions of the bread (produced using turmeric) were chosen less often (18 percent) compared to usual brown bread (82 percent), also demonstrated by eye-tracking.

Although 45 percent of children said they preferred white bread and 53 percent don't eat whole-grain bread regularly, the acceptance of the star-shaped bread was high: 76 percent rated the bread good or very good.

The authors concluded, "Our study showed the children appeared to prefer natural brown bread colours rather than the bread coloured yellow using turmeric. We conclude that based on these results, children like an attractive child-oriented bread style, in this case a star-shape. Modifying healthy everyday foods in this manner to make them more attractive to children could help children make healthier food choices."

They added, "Our study group's main interest is in food preferences in children. Colour and shape are important factors in product development."

The study was presented at European Congress on Obesity in Vienna, Austria.