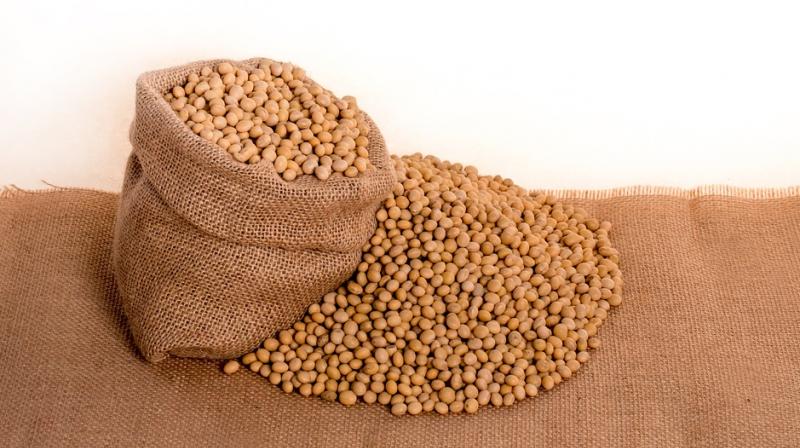 Inflammatory bowel diseases like ulcerative colitis and Crohn's disease can be cured as the inflammation of the colon may prove dangerous. (Photo: Pixabay)

Washington D.C.: People suffering from inflammatory bowel diseases should eat a diet supplemented with soy protein as it may serve as an effective adjunct therapy.Penn State researchers reported the results after completing a study that included mice and cultured human colon cells.

The findings are significant because inflammatory bowel diseases -- including ulcerative colitis and Crohn's disease -- are characterized by either continuous or periodic inflammation of the colon and represent a significant risk factor for colon cancer.Also known as IBD, inflammatory bowel diseases affect nearly four million people worldwide and have an economic impact of more than $19 billion annually in the United States alone.

The development of dietary strategies to mitigate IBD is of considerable public health importance, said Joshua Lambert, associate professor of food science in the College of Agricultural Sciences.He said his team found that soy-protein concentrate can exert antioxidant and cytoprotective effects in cultured human bowel cells and can moderate the severity of inflammation in mice that have an induced condition similar to ulcerative colitis.

Zachary Bitzer and Amy Wopperer, former graduate students in the Department of Food Science and the lead researchers, substituted soy-protein concentrate into the diet of the mice and removed corresponding amounts of the other protein sources, equaling about 12 percent. They kept human equivalents in mind as they determined the amount. "We didn't want to get carried away with using doses that were really high and would crowd out all the other protein that was there," Bitzer said. "Instead, we wanted to find a scenario that was going to fit into a more human-relevant situation."

The dietary soy-protein concentrate at the 12-percent dose level ameliorated body-weight loss and swelling of the spleen in the mice with induced inflammatory bowel disease."Soy-protein concentrate mitigates markers of colonic inflammation and loss of gut barrier function in the mice with induced IBD," Wopperer said.Follow-on studies will focus on whether the results of this research with mice, published in The Journal of Nutritional Biochemistry, are readily translatable to people.

Because soy protein is a widely used food ingredient -- often used as a meat substitute and commonly referred to as "texturized vegetable proteins" in ingredient lists -- Lambert believes human studies could be arranged in the near future."Since it is already out there commercially, that makes it more straightforward," he said. "But practically speaking, the actual clinical studies are a little bit out of our area of expertise. I think the most likely thing to happen will be for us to try to identify a collaborator either through the Clinical Translational Science Institute on campus or with someone at the Penn State College of Medicine Inflammatory Bowel Disease Center."

However, Lambert's laboratory soon will start a related investigation of whether the inflammation-moderating effects triggered in the mouse colons are due solely to the soy protein or also may be caused by soy fiber. Soy-protein concentrate is 70 percent protein by weight, but it also has quite a bit of soybean fiber in it, he explained.