The villagers thought he was possessed but doctors removed the tumour in two and a half hours. 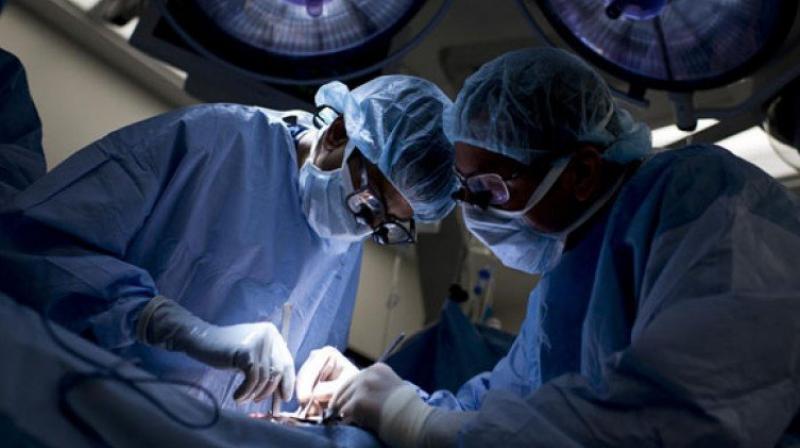 He was in pain for a year as his family locked him up (Photo: AFP)

Kolkata: Rare and often fatal diseases can affect people all over the world, but ensuring healthcare becomes difficult when lack of awareness and superstitions dominate the landscape. A child suffering from ichthyosis in India was called an alien and labeled the reincarnation of god recently, while children with rare skin conditions continue to face stigma.

In the most recent such report from Kolkata in India, a man had to suffer agony for a year caused by a beach ball sized tumour in his abdomen, and lack of medical awareness in his village that delayed treatment. 49-year-old Shyamal Tirke vomited after every meal due to the tumour, but villagers said it was due to a ghost that had possessed him and his family took him to a witch doctor instead of seeking medical relief.

After the treatment by witch doctors failed, Tirke’s family stopped talking to him and locked him up to avoid embarrassment as Tirke endured excruciating pain. One year later neighbours advised medical help and finally x-ray revealed a huge malignant tumour inside his abdomen. The doctors operated for two and a half hours to remove the tumour and save Tirke’s life.

The condition Tirke had was Retroperitoneal Liposarcoma which is a rare cancer as tumours develop in fatty tissues near kidneys, pancreas and bladder. This was the first time the doctors remove such a big tumour.

Had it not been for the right advice, Tirke would’ve silently suffered the pain resulting from absence of awareness and prevalence of superstitions in rural India.