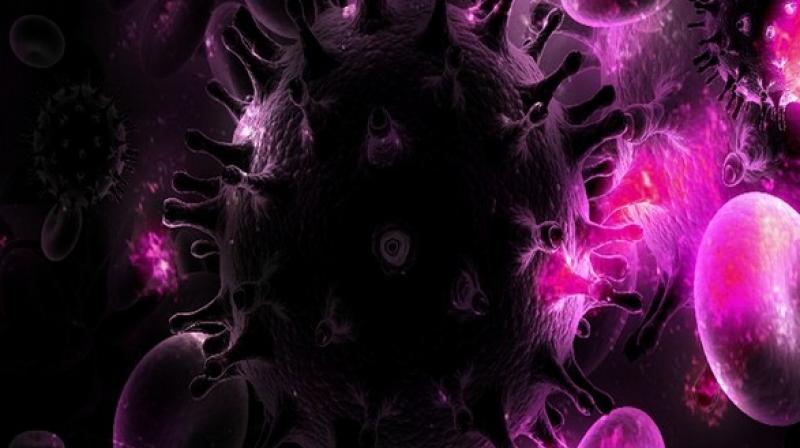 Washington: A new study has given a clear understanding about how even with early treatment; HIV still manages to attack young brains. Across sub-Saharan Africa today, a vast majority of children suffer from HIV. While early antiretroviral treatment, or ART, ensured that children with and exposed to HIV have less deadly results, studies have shown that the virus can still affect the brain.

HIV may disrupt neurodevelopment, affecting how children learn, reason and function. This is why Michael Boivin, Professor and Head of Psychiatry Research at the College of Osteopathic Medicine, State University of Michigan, gave a two-year longitudinal study published in Clinical Infectious Diseases to obtain a clear picture of how HIV influences children's neuropsychological growth. The study was supported by the National Institute of Allergy and Infectious Diseases, part of the National Institutes of Health.

The neuropsychological performance in three groups of children 5 to 11 years old has been examined by Boivin and his colleagues: individuals who acquired HIV perinatally and were treated with ART, those exposed but HIV-negative, and those who were never exposed.

The study was carried out at six testing sites in four Sub-Saharan African countries to look robustly at how HIV affects children in this field. To date, it's the first well-validated, multi-site neuropsychological evaluation of African school-aged children affected by HIV.

The researchers found that there are still major neuropsychological challenges for children living with HIV even in the face of early treatment and good clinical care. Boivin said: "These children came into the study with a deficit compared to their counterparts. It stayed about the same throughout the two years, except in one important area: reasoning and planning. On that specific test domain, the children living with HIV failed to progress over time."

In other words, in the field of planning and thinking over the course of the study, the difference between infected and HIV negative children increased. Such skills typically develop in healthy children in the school years.

"This is the most important cognitive function for the future of children living with HIV in terms of their likelihood of taking their medications, making good decisions, abstaining from risky behaviours like early sexual activity, psychosocial issues and school-related achievement," Boivin said.

However, early medical treatment started as early as 6 months of age, is probably not enough to address the neurocognitive deficits associated with HIV, even though it helps keep children alive and healthier than they would be without treatment.

In these children, treatment should be started even earlier to improve long-term neurocognitive outcomes. Boivin and his colleagues are already working on long-term care and support. Earlier this year, Boivin received a 5-year, $3.2 million NIH grant to continue his work with children affected by HIV in Uganda and Malawi.

Through this grant, researchers will investigate how MSU-developed computer cognitive games can serve as tools for neurocognitive evaluation, enrichment and potentially rehabilitation. Boivin hopes that the findings of the two experiments will contribute to making this neuropsychological evaluation paradigm part of the cost-benefit of caring for HIV-affected children.

"Often it's overlooked or seen as an afterthought, but unlike other areas of medical follow up, neuropsychological evaluation really gets at how well the kids are going to adapt and function in school, at home, in the community and in society in general," Boivin said. "It's really what links us most directly to the human burden of disease."