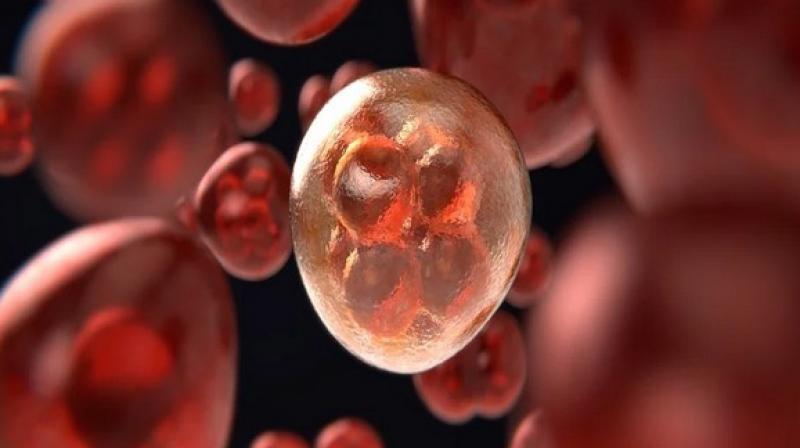 The transcriptome holds important information about the condition of cells. (Photo: ANI)

Washington: Tracking down acute myeloid leukaemia (AML), researchers have proved that artificial intelligence can detect forms of blood cancer. The study was conducted by the researchers of the German Center for Neurodegenerative Diseases (DZNE) and was published in the recent edition of the iScience journal.

The approach used by researchers revolved around the gene activity analysis of cells that are present in the blood. This approach could support conventional diagnostics and accelerate therapy of the disease.

"Some studies have been carried out on this topic and the results are available through. Thus, there is an enormous data pool. We have collected virtually everything that is currently available," said Professor Joachim Schultze who led the group of researchers of the study.

'Transcriptome' which is a fingerprint of gene activity was the centre of focus of the researchers. In all cells, only certain genes are actually 'switched on' which gets reflected in their profiles of gene activity. Such types of data that are derived from cells present in blood samples and spanning thousands of genes were analysed in the study.

"The transcriptome holds important information about the condition of cells. However, classical diagnostics is based on different data. We, therefore, wanted to find out what an analysis of the transcriptome can achieve using artificial intelligence, that is to say, trainable algorithms," Schultze said.

"In the long term, we intend to apply this approach to further topics, in particular in the field of dementia," he added. The study revolved around AML which without adequate treatment leads to death within weeks. Researchers concluded that the method of tracking AML using Artificial Intelligence when putting into the application, could support conventional diagnostics and help save costs.

"In principle, a blood sample taken by the family doctor and sent to a laboratory for analysis could suffice. I guess that the cost would be less than 50 euros. However, we have not yet developed a workable test. We have only shown that the approach works in principle. So we have laid the groundwork for developing a test," Schultze said.

Classical AML diagnostics includes a variety of methods. The researcher emphasised that the aim of the study is to provide the experts with a tool for diagnosis of the disease.