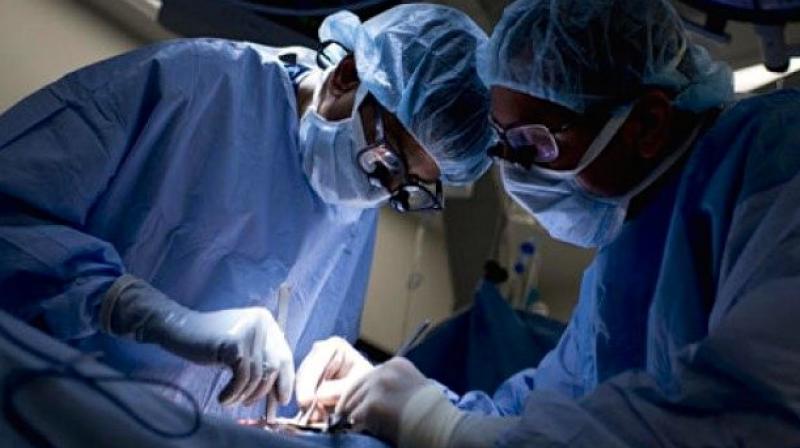 Maqsood had been treated for six months in Satna before he was brought to Rewa (Photo: AFP)

Satna: In a rare surgery, doctors in Madhya Pradesh's Rewa district recently removed 5 kg iron objects--a chain, as many as 263 coins and shaving blades--from the stomach of a man who they said is not in a good frame of mind.

The 32-year-old Mohammed Maqsood, who hails from Sohaval in Satna district, was taken to the state-run Sanjay Gandhi Medical College and Hospital in adjoining Rewa on November 18 after he complained of pains in stomach.

Dr Priyank Sharma, attached to the Sanjay Gandhi Medical College and Hospital (SGMCH), told PTI today that they identified the cause behind Maqsood's stomachache after conducting tests and through an x-ray.

He said a team of six doctors surgically removed 10-12 shaving blades, four big needles, a chain, 263 coins, besides pieces of glasses--collectively weighing 5 kg, from the stomach of Maqsood on Friday.

He said Maqsood had been treated for six months in Satna before he was brought to Rewa.

"The patient was not in a good frame of mind and it seems he swallowed these objects secretly," Dr Sharma said, adding that Maqsood is doing well and is currently under the observation of a team of experts.