Washing could be one effective strategy to clean pesticides off produce, and it is standard practice in the food industry. 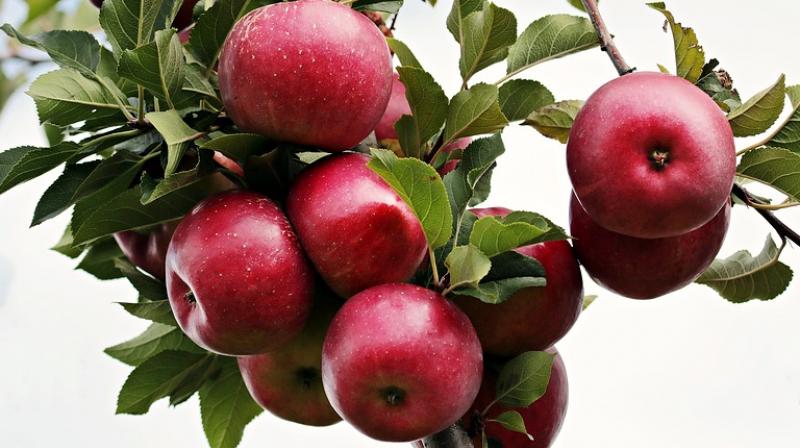 Washing could be one effective strategy to clean pesticides off produce, and it is standard practice in the food industry. (Photo: Pixabay)

Washing apples with baking soda - a common household product - could help get rid of pesticide residues on the surface of the fruits, making them safer for consumption, a study has found.

The use of pesticides can help increase crop yield, but concerns over their potential effects on human health have been raised over the years.

Washing could be one effective strategy to clean pesticides off produce, and it is standard practice in the food industry, researchers said.

However, some of the plant-protecting compounds that get absorbed by fruits and vegetables might not be easily removed using current cleaning methods.

Researchers from University of Massachusetts in the US wanted to find out which washing method can most effectively reduce pesticides.

They applied two common pesticides - the fungicide thiabendazole, which past research has shown can penetrate apple peels, and the insecticide phosmet - to organic Gala apples.

They then washed these apples with three different liquids - tap water, a one per cent baking soda solution, and a commercial bleach solution often used on produce.

The baking soda solution was the most effective at reducing pesticides.

The different percentages are likely due to thiabendezoles greater absorption into the apple.

Mapping images showed that thiabendazole had penetrated up to 80 micrometres deep into the apples; phosmet was detected at a depth of only 20 micrometres.

Washing the produce with either plain tap water or the bleach solution for two minutes, per the industry standard, were far less effective.