Common painkiller may not help in chronic pain after nerve injury 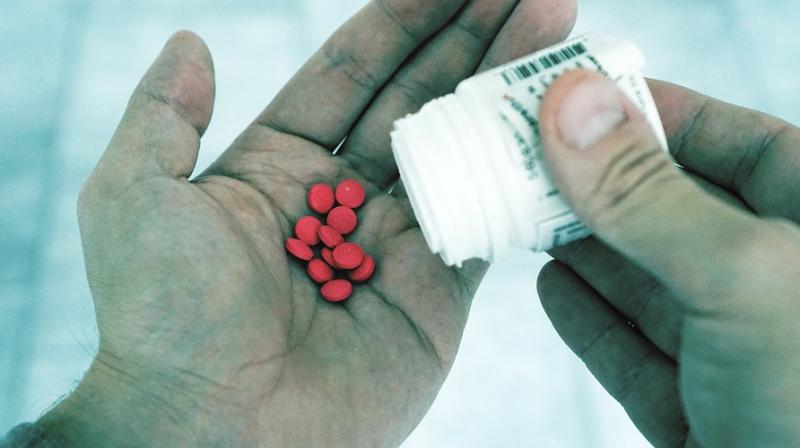 Washington: According to a new study, pregabalin is not effective in controlling the chronic pain that sometimes develops following traumatic nerve injury.

The results of the study, which was driven by an effort to identify effective non-opioid pain medications, did show potential in relieving pain that sometimes lingers after surgery.

"The unrelenting burning or stabbing symptoms due to nerve trauma are a leading reason why people seek treatment for chronic pain after a fall, car accident, or surgery. While these findings show that pregabalin is not effective in controlling the long-term pain for traumatic injury, it may provide relief for patients experience post-surgical pain, said study author John Markman.

Pregabalin, which is marketed by Pfizer under the name Lyrica, is approved to treat chronic pain associated with shingles, spinal cord injury, fibromyalgia, and diabetic peripheral neuropathy.

However, it is also commonly prescribed as an "off label" treatment for chronic nerve injury syndromes that occur after motor vehicle accidents, falls, sports injuries, knee or hip replacement and surgeries such as hernia repair or mastectomy.

Chronic postsurgical pain syndromes occur in approximately one or two out of every 10 surgical patients and the levels rated as intolerable after roughly one or two in every 100 operations. With 55 million surgeries performed in the U.S. every year, severe chronic pain impacts more than a million new people annually. Roughly one third of these patients are believed to have neuropathic pain or ongoing pain related to nerve injury.

The current study was conducted in 101 centers in North America, Europe, Africa, and Asia and followed 539 individuals for three months. Study participants were randomized into two groups who either prescribed pregabalin or a placebo.

The study found that pregabalin was not effective in controlling pain for individuals with traumatic nerve injury. A retrospective analysis of a subgroup of study of participants, whose nerve pain was attributed to surgery, showed that the drug did provide better pain relief than placebo at 3 months.

One major challenge is that different biological changes in the nerves and other tissues that cause pain to persist after healing from trauma vary from one patient to the next. Currently, there is no diagnostic method that allows doctors to readily identify the patients whose pain will respond to a particular type of pain treatment.

Despite employing new strategies to reduce placebo effects, the patients receiving placebo also had a steady lowering of their pain over the course of the study. The pattern of these placebo effects in longer studies has proved to be a major challenge to the development of new pain medications.

The study appeared in the Journal of Neurology.