The swelling started two months after Jailian was born and even shocked local doctors who gave medication which didn't help. 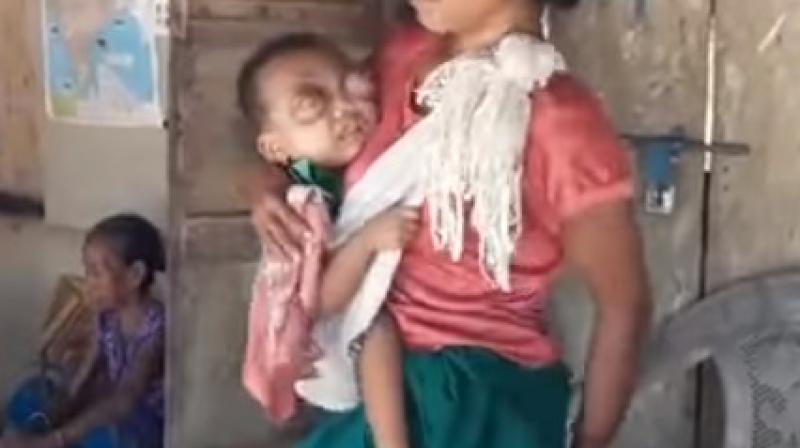 The father even sold his land and the family cow for the treatment (Photo: YouTube)

Cases of children suffering from horrifying conditions are reported all over the world but while many do receive the required treatment, some have to go endure an ordeal due to several factors. Lack of awareness about such disorders and financial constraints in many parts of the world can often lead to heartbreaking consequences for such children.

In a shocking case from Tripura, a child is struggling with pain due to protruding eyes caused by a rare eye cancer. The disorder pushes his eyes forward to such an extent that even the lids cannot close making life terrible for the child at a young age.

As the child named Jailian Kaipeng keeps crying from excruciating pain, his parents have no choice but to watch helplessly. The boy may lose his sight from the condition which causes inflammation, since his parents can’t afford treatment at a big hospital as recommended by doctors.

Jailian’s eyes started swelling a couple of months after he was born and his family were shocked to see a red line appear on his eyeball. Local doctors were also baffled to see this and gave him medication which didn’t help the child.

The family hasn’t been able to afford the required diagnosis for Jailian even after selling their land and the family cow. They have received some help from a local missionary who found them a good doctor, and a crowdfunding page has also been set up for his treatment.