According to research, certain protein released from fat in the body can cause a non-cancerous cell to turn into a cancerous one. 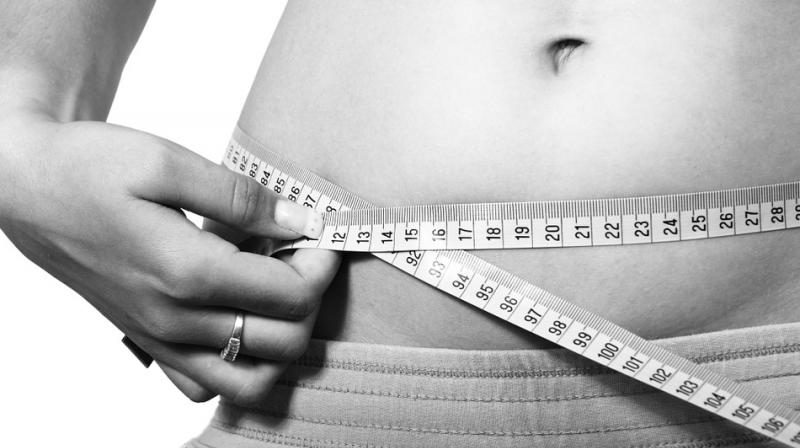 Obesity is a contributor to cancer risk, but how it actually causes cancer is still a question that has not been fully explained (Photo: Pixabay)

Washington: Your belly fat can put you at increased risk of cancer, say scientists including one of Indian-origin who have found that a protein released from fat in the body can turn cells cancerous.

It is well established that obesity is a contributor to cancer risk, but how it actually causes cancer is still a question that has not been fully explained.

Researchers from the Michigan State University (MSU) in the US offer new details showing that a certain protein released from fat in the body can cause a non-cancerous cell to turn into a cancerous one.

It also found that a lower layer of abdominal fat, when compared to fat just under the skin, is the more likely culprit, releasing even more of this protein and encouraging tumor growth.

"While there have been several advances in treating cancer and improving the quality of life of patients, the number of new cases continues to surge," said Jamie Bernard, assistant professor at MSU.

"It's important to understand the cause so we can do a better job at reducing the number of cancer cases using dietary modifications or therapeutic interventions," said Bernard.

It is estimated that more than one-third of the population is obese.

Obesity has been linked to several types of cancers including breast, colon, prostate, uterine and kidney, but Bernard indicated that just being overweight is not necessarily the best way to determine risk.

"Our study suggests that body mass index (BMI) may not be the best indicator," Bernard said.

"It is abdominal obesity, and even more specifically, levels of a protein called fibroblast growth factor-2 that may be a better indicator of the risk of cells becoming cancerous," she said.

There are two layers of belly fat. The top layer, known as subcutaneous fat, lies right under the skin.

The layer under that, called visceral fat, is the one she found to be more harmful.

Researchers, including postdoctoral student Debrup Chakraborty, studied mice that were fed a high-fat diet and discovered that this higher-risk layer of fat produced larger amounts of the fibroblast growth factor-2 (FGF2) protein when compared to the subcutaneous fat.

They found that FGF2 stimulated certain cells that were already vulnerable to the protein and caused them to grow into tumors.

Researchers also collected visceral fat tissue from women undergoing hysterectomies and found that when the fat secretions had more of the FGF2 protein, more of the cells formed cancerous tumors when transferred into mice.

"This would indicate that fat from both mice and humans can make a non-tumorigenic cell malignantly transform into a tumorigenic cell," Bernard said.

There are several other factors released from fat, including the hormone estrogen, that could influence cancer risk, but many of those studies have only been able to show an association and not a direct cause of cancer, researchers said.

The study was published in the journal Oncogene.