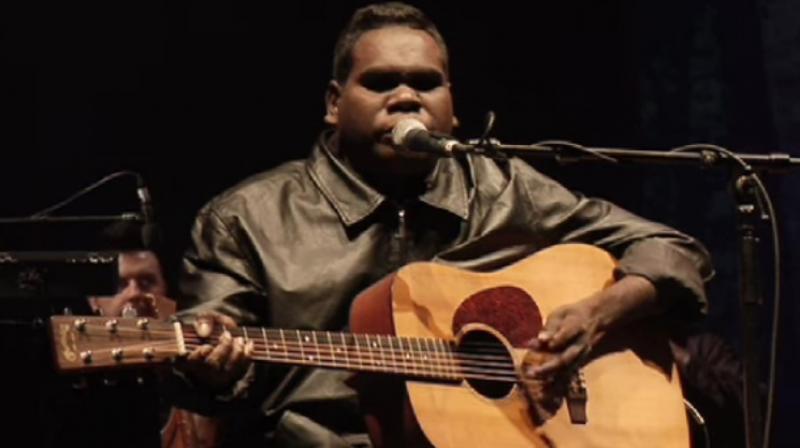 Sydney: A blind Aboriginal musician renowned for singing in his native Yolngu language with a heart-rending voice and a unique guitar-playing style has died, his recording label said Wednesday. He was 46.

Geoffrey Gurrumul Yunupingu, whose is now referred to by local media as Dr. G. Yunupingu because of cultural sensitivities among northern Australian Aborigines around naming the dead, died Tuesday after a long illness in a Darwin Hospital, west of his ancestral country known as Arnhem Land, Darwin-based Skinnyfish Music said in a statement.

"Yunupingu is remembered today as one of the most important figures in Australian music history, blind from birth and emerging from the remote Galiwin'ku community on Elcho Island off the coast of Arnhem Land to sell over half a million copies of his albums across the world, singing in his native Yolngu language," the statement said.

His debut album "Gurrumul" released in 2008 hit triple platinum in Australia, silver in Britain and topped charts in other countries. He released another two top-five studio albums —"Rrakala" and "The Gospel Album" — and performed around the world for audiences including former President Barack Obama and Queen Elizabeth II.

More comfortable speaking in his native language than in English, Yunupingu avoided media interviews and lived most of his life on remote Elcho Island. He first picked up a guitar as a 6-year-old, learning to play it upside down because he was left handed. He suffered years of ill health, having contracted Hepatitis B as a child, which left him with liver and kidney disease.

In 2012, he had to cancel a number of European performances due to illness, including performing at the London Olympic Games. Friend Vaughan Williams took Yunupingu to the hospital last week over concerns he may not have been receiving renal treatment more than 500 kilometers away at Elcho Island.

Williams said he felt the death was "preventable," which made it more crushing. "I feel he was trapped in the same cycle of bad health that so many indigenous people are trapped in," Williams told Australian Broadcasting Corp.

Aborigines are the most disadvantaged ethnic group in Australia. They die younger than other Australians and suffer higher incarceration and jobless rates.

Skinnyfish managing director Mark Grose declined to detail Yunupingu's health problems, which he described as "quite complex." "His health issues are issues that have come from childhood illness," Grose told reporters. "His early childhood is really what's marked him out for passing away early."