Exercise is cancer cure, too

About 50,000 cancer cases are detected every year in the state. 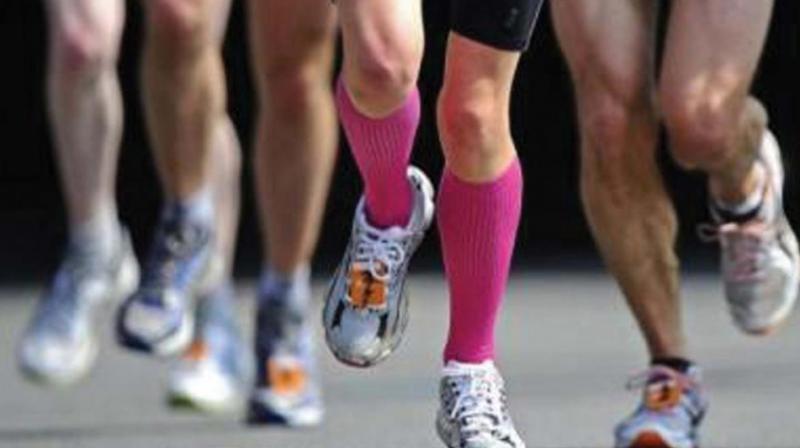 THIRUVANANTHAPURAM: Cancer physicians often ignore the beneficial aspect of physical exercise in toning up the health of their patients because it has been generally believed that rest and minimal activity are the norm. Most doctors and nurses are now aware of the benefits of an individualised exercise regimen, yet they do not regularly include it in the treatment plan. It is now called the world over as exercise medicine. Perhaps a pill that delivers curative effects of exercise would have been prescribed across the board as a silver bullet for all cancer patients; governments would even subsidise its cost to save the patients. But no such pill exists; the only alternative is a resolve to put oneself through an exercise pattern, based on expert advice.

Oncologist V.P. Gangadharan says he has been already following a three-pronged strategy, which is to advise his patients to carry on with normal routine regimen wherever possible, supplement it with the physiotherapist’s  advice and suggest individualised treatment. For instance, what he would advise a bone cancer patient would be different from that for one suffering from breast cancer. Clinicians are trained to assess and evaluate a patient’s state and progression of illness and devise an exercise protocol, but often with the help from a physiotherapist.

“The state government has set apart `10 crore for setting up a Palliative Care Centre in Kochi. This centre will provide motivation, help with exercise regimen, physiotherapy, yoga and counselling. All these will provide effective support system not just to the patients but also to their family members,” said a doctor on condition of anonymity. The Medical Journal of Australia recently published a plan that incorporates “exercise alongside surgery, chemotherapy and radiotherapy to help counteract the negative effects of cancer and its treatment.”
The Clinical Oncology Society of Australia suggests:
1. View and discuss exercise as a standard part of the cancer treatment plan.
2. Recommend people with cancer adhere to exercise guidelines.
3. Refer patients to an exercise physiologist or physiotherapist with experience in cancer care.
It has been assessed that patients on a regular exercise regimen have fewer and less severe side effects from treatments. Significantly, cancer recurrence and fatality are on a relative lower scale in these patients.
“Research shows exercise can help cancer patients tolerate aggressive treatments, minimise the physical declines caused by cancer, counteract cancer-related fatigue, relieve mental distress and improve quality of life”, reports ‘The Conversation.’

The portal reports that people with cancer who exercise have lower medical expenses and spend less time away from work. Exercise specialists can prescribe exercise in a similar way that doctors prescribe medications; by knowing how cancer impacts our health, and understanding how certain exercises improve the structure and function of the body’s systems. Customised programmes have specific exercises, performed at precise intensities and volumes based on a mechanism of action and dosage needed to counteract the negative effects of cancer.

The evidence-based guidelines recommend people with cancer be as physically active as their current ability and conditions allow. For significant health benefits, they should aim for:
1. At least 150 minutes of moderate intensity aerobic exercise weekly (such as walking, jogging, cycling, swimming).
2. Two to three resistance exercise session each week involving moderate to vigorous intensity exercises targeting the major muscle groups (such as weight lifting).
These recommendations should be tailored to the individual’s abilities to minimise the risk of complications and maximise the benefit.
A study conducted by Dr Emmanuel Stamatakis, Associate Professor, Physical Activity, Lifestyle, and Health Behaviours at  the University of Sydney, found that body weight-bearing exercises such as sit-ups and push-ups staved off death just as much as other forms of weight-bearing exercise.

The study recruited 80,000 adults over 30 years living in England and Scotland between 1994 and 2008, who were followed up for an average of nine years. Strength-promoting exercise (including gym workouts) averaged about 60 minutes a week and those who reported any own body weight exercises averaged 50 minutes a week. “Participation in either gym workouts or own body weight exercises reduced the risk of early death by about 20 percent. Cancer-related deaths also decreased by 24-27 percent, but there was little evidence more was better,”  says the study outcome.

Ms Haryana M. Dhillon, post-doctoral research fellow at the Centre for Medical Psychology & Evidence-based Decision-making, University of Sydney, says in her study that early results are promising, suggesting the benefits of exercise for those with localised cancer may be similar to the benefits from chemotherapy.   However, physical activity is not a substitute to chemotherapy or other therapies, but it has been found that the benefits of exercise for patients with localized cancer may be similar to benefits from chemo.

More heart-warming is the finding that those who exercise regularly are less likely to develop breast, colon or prostate cancer than those who don’t. Estimates suggest it may reduce the risk of developing cancer by  up to 60 percent. It is well known that physical activity reduces the risk of other diseases such as heart disease, stroke and diabetes. And physical activity helps some people manage their mood and sleep patterns. A long-term study of a large group of women in the United States, some of whom later developed breast or colorectal (bowel) cancer, found that those who self-reported higher levels of physical activity had a much lower rate (up to 50 percent) of cancer recurrence.