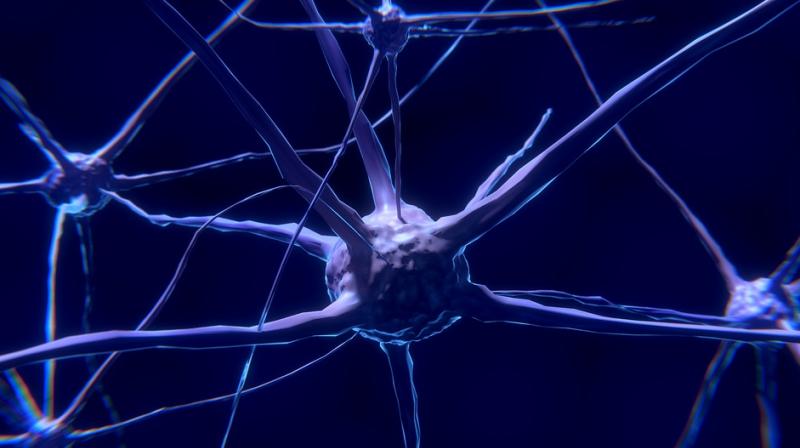 Gene overexpression or a loss of gene function cause various neurodevelopmental disorders that can be cured by the protein. (Photo: Pixabay)

Washington D.C.: A new study has paved the way for the potential treatments of intellectual disability and other neurodevelopmental disorders.

Your brain needs just the right balance between excitatory "on" signals and inhibitory "calm down" signals. Now scientists from the Florida campus of The Scripps Research Institute (TSRI) have shown that a protein helps balance nerve cell communication.

"This paper adds a new dimension to our understanding of the molecular mechanisms that impact intellectual disability," said researcher Brock Grill. "Our study is the first to identify a defect in neuron communication caused by altering the activity of a gene called HUWE1, which causes intellectual disability, including Juberg-Marsidi-Brooks syndrome."

Studying neuronal communication is important because the brain needs to balance excitatory neurotransmitters (to increase signal transmission) and inhibitory neurotransmitters (to calm nerve cells down). An imbalance in the excitatory/inhibitory ratio is a central feature of many neurodevelopmental disorders--which occurs through gene overexpression or a loss of gene function.

For the study, Grill and his colleagues investigated neuronal communication balance using a simple model circuit in the nematode C. elegans, a small, transparent worm. Despite its small size, this worm shares half its genetic make-up with humans, which makes it an ideal model to study the genetics of neuron function.

The researchers took a close look at GABA, the principal inhibitory neurotransmitter in C. elegans and the human brain. In C. elegans, the protein responsible for regulating GABA transmission is called EEL-1; in humans, the equivalent protein is known as HUWE1.

The researchers studied the function of EEL-1/HUWE1 in the worm motor circuit and found that decreasing or increasing the protein alters GABA transmission, upending the excitatory/inhibitory balance, a shift that leads to impaired locomotion and increased sensitivity to electroshock-induced seizure.

"Using a simple model circuit, we've identified a key player required to achieve a balance of excitation and inhibition," Grill noted. "This opens up a new concept for why HUWE1 causes intellectual disability. HUWE1 affects only the release of the GABA neurotransmitter, not the levels or function of the GABA receptor, Grill noted. He said more research is needed into how this actually affects the brain.

"The paper is an important step in understanding how increased or decreased activity of HUWE1 can alter circuit function and lead to intellectual disability," said first author Karla Opperman.

The study represents important progress in understanding the molecular underpinnings of intellectual disability. In particular, results from the study show for the first time that mutations that cause Juberg-Marsidi-Brooks syndrome result in loss of HUWE1 function and can impair nerve cell function.The study is published online in the journal Cell Reports.