The WWE superstar also said he is a fan of BTS member JHope. 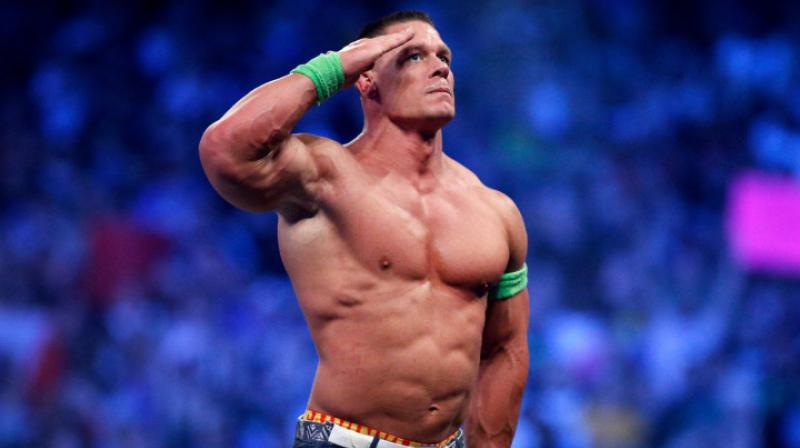 Cena also took to Twitter, thanking Nickelodeon for letting him 'drop the mic.'

Washington DC: Nickelodeon handed out its 2018 Kids' Choice Awards at a ceremony that aired from a Forum in Inglewood, Calif.

WWE superstar John Cena returned as host of the show, which featured a performance by Nickelodeon star and social media sensation JoJo Siwa.

At the Choice Awards, on Saturday, the WWE legend was asked which member of BTS (Bangtan Boys) he likes the most, to which he took JHope's name, also dancing to 'Mic Drop' in the background.

1 final thanks @Nickelodeon AND @BTS_twt @bts_bighit gotta rep my boy JHope!Namjoon, all in good fun, all ❤️ for RM! Congrats on ‘18 #KCA Global Music Star! Thanks for letting me #DropTheMic 🎤💧

Cena also took to Twitter, thanking Nickelodeon for letting him 'drop the mic.'

Fans reacted to the performance by tweeting.

Another fan wrote. "I am probably going to watch the KCA awards because I'm a desperate to see John Cena (my childhood hero) talk about @BTS_twt again."

The award show opened with a salute to those students leading the charge in demanding monumental gun reform.

The kids-voted awards were handed out in categories encompassing movies, television, music and digital.