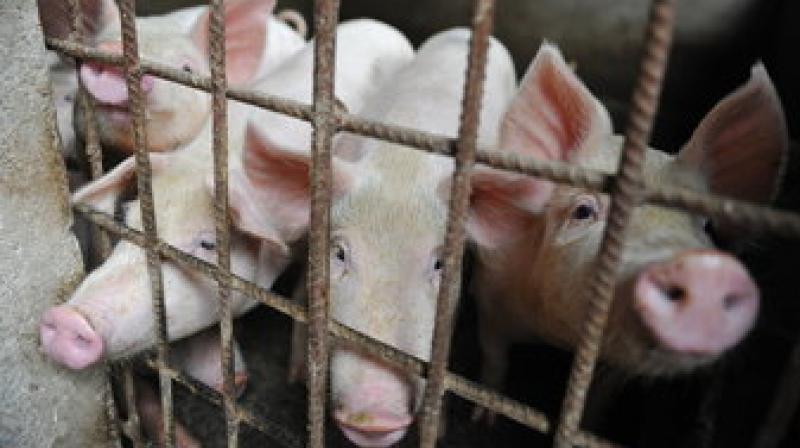 Beijing: China has detected the African swine fever virus in some protein powders made using pork blood and manufactured by a Tianjin based company, the General Administration of Customs said in a statement on Tuesday.

The swine fever virus was detected in the city of Huizhou in the southern province of Guangdong, which has killed 11 pigs on a farm of 90 pigs.

The raw material for the 73.93 tonnes of contaminated protein products, mainly used in animal feed, came from 12 slaughter houses in Tianjin, the administration said.

The case comes despite China in September banning the use of food waste and pig blood as a raw material in the production of feed for pigs, in a bid to halt the spread of the disease.

China has already reported more than 90 cases of African swine fever, which is deadly for pigs but does not harm humans, since it was first detected in the country in early August.

The protein products were made by a subsidiary of Tianjin Baodi Agri & Tech Co Ltd, which has operations running from hog breeding and cooked meat production to biochemical production.

The customs administration also issued an alert, valid for six months, to strengthen testing for the African swine fever virus in exports of such products and warned farms in Hong Kong and Macau to tighten their checks on animal feed imports.