According to researchers, heat destroys the antioxidants in spinach, like vitamin lutein, which is good for heart and eye health. 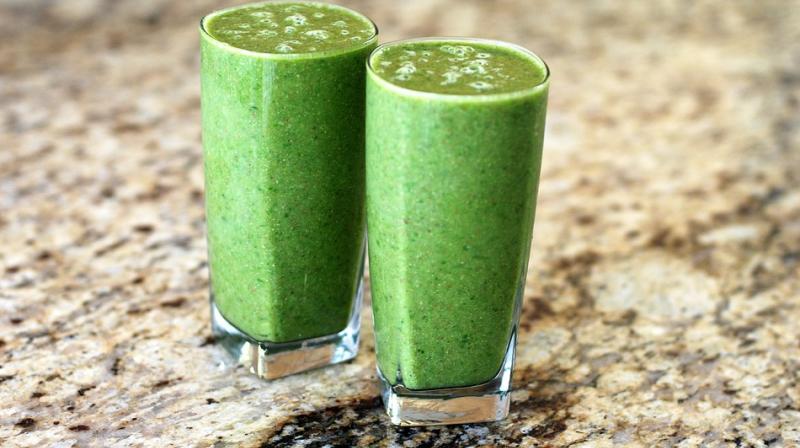 According to a new study, adding chopped raw spinach in a smoothie is the is the healthiest way to eat the leafy vegetable.

Researchers say that cooking the leafy vegetables breaks down its antioxidants, while mixing it raw with yoghurt or milk helps to release the powerful nutrient lutein.

Boiling or frying spinach are sure-fire ways of destroying lutein, the study found.

Experts are of the opinion that lutein helps lower the risk of heart attacks and prevents eye damage.

They measured the lutein levels regularly and concluded the leaves are best chopped up and consumed raw alongside dairy.

Speaking about it, PhD researcher and study author Rosanna Chung said, “Best is not to heat the spinach at all.”

She added that it is even better is to make a smoothie and add fat from dairy products, such as cream, milk or yoghurt.'

The more lutein dissolved into a smoothie, the more it can be absorbed by the body, the scientists suggested.

However, cooking spinach for a long time at a high heat – such as in a lasagne or frying it – is the most damaging way to prepare the green vegetable.

A meal cooked at a lower heat, like a stew, retains more of the vitamin, with heating spinach in a microwave also potentially being a healthier option, the study suggests.

The research was published in the journal Food Chemistry.

Lutein has been shown to help reduce chronic swelling in the blood vessels of people with coronary artery disease, which can lower their risk of a heart attack.

It is also referred to as the 'eye vitamin' because lutein it is thought to protect against damage from sunlight.