Life   Health  25 Nov 2017  Unhealthy lifestyle may cause half of diverticulitis cases
Life, Health

Unhealthy lifestyle may cause half of diverticulitis cases

It is most common reasons for gastrointestinal hospital admission in the United States. 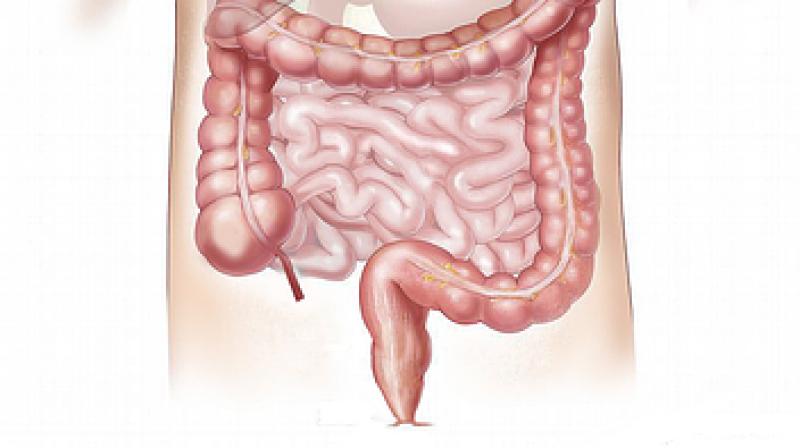 Diverticulitis is an inflammation of small pouches in the walls of the colon. (Photo: Pixabay)

Men’s risk for a painful inflammation of colon walls may be drastically reduced if they follow an overall healthy lifestyle, a recent US study suggests.

Diverticulitis is an inflammation of small pouches in the walls of the colon and it has become one of the most common reasons for gastrointestinal hospital admission in the United States, costing an estimated $2 billion each year, researchers write in The American Journal of Gastroenterology.

“Diverticulitis is actually a very common disorder and it’s really become apparent that we need to think of ways to prevent diverticulitis given that it affects so many people,” said the study’s senior author Dr. Andrew Chan, a researcher at Massachusetts General Hospital and Harvard Medical School in Boston.

“To date, there really has been very little research done in this area, so we were interested in really understanding what places people at risk for diverticulitis, and what among (those risk factors) are modifiable so that we can try to advise people to do what they can to either prevent their first episode of diverticulitis or if they’ve had diverticulitis, potentially prevent a future episode,” Chan told Reuters Health by email.

The researchers analyzed data on more than 51,000 men who were between the ages of 40 and 75 in 1986 when they began participating in the Health Professionals Follow Up Study. More than 90 percent of the men were followed through the end of December 2012.

At the start of the study, participants answered questions about their lifestyles and medical histories, then every two years after that, they answered follow-up questionnaires.

In its analysis, the study team focused on five lifestyle risk factors associated with diverticulitis: total red meat intake, dietary fiber intake, vigorous physical activity, smoking and body mass index (BMI, a measure of weight relative to height). For each of these risk factors, the researchers divided men into 5 groups from highest to lowest.

Using these categories, the researchers defined a low-risk lifestyle as average red meat intake of less than 52 grams (about 2 ounces) per 2,000 daily calories or less than four 5-ounce servings weekly, dietary fiber intake of at least 23 grams (0.8 ounce) per day, two or more hours of vigorous physical activity per week, normal BMI and being a never-smoker.

During the follow-up years, there were a total 907 new cases of diverticulitis, and researchers found an inverse relationship between the number of low-risk lifestyle factors an individual had and his odds of getting diverticulitis.

If everyone followed an overall low-risk lifestyle, the study team writes, 50 percent of diverticulitis cases could be averted.

There is definitely an association between one’s diet and lifestyle and their risk of developing diverticulitis, Chan said.

“In particular, we know that there are components of people’s diet, as well as how active someone is and whether they smoke that could be predictive of diverticulitis.”

Doing whatever is possible to minimize the potential risk factors for diverticulitis would be a general first step for people who are concerned about developing the problem, Chan said.

The current study only included men, but women also face this problem, and some studies suggest that diverticulitis is actually more common among women, he noted.

“So, there is certainly a strong need for us to do more research in risk factors among women. One of the things that we hope to do in the future is to actually look more closely at risk factors in women because there might be some differences that would be important to determine.”