Baby-gender 'reveal' parties may have a dark side

Expectant parents are bringing a surprise element of having a baby by learning the gender in “gender-reveal” parties. 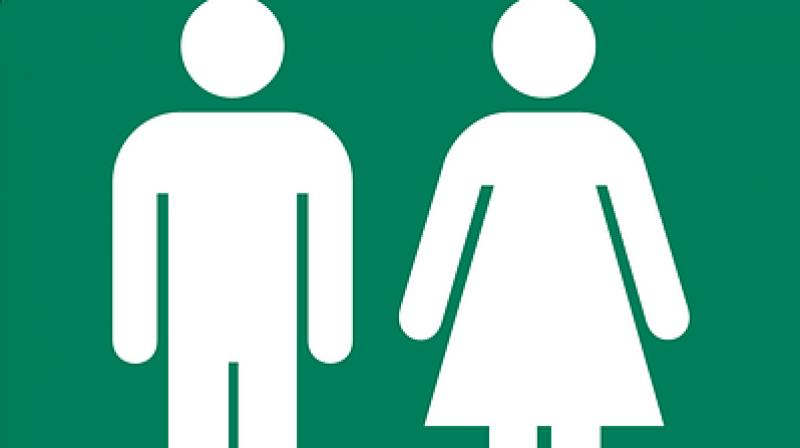 Why do we focus on gender as early as pregnancy, and if it’s planning, what are we planning? (Photo: Pixabay)

Expectant parents are bringing back the surprise element of having a baby by learning the results of prenatal ultrasound reports in ever more elaborate “gender-reveal” parties.

In front of friends and relatives, they play treasure-hunt style guessing games, pop balloons to watch either pink or blue confetti fall, and cut into frosted cakes to discover the color of their unborn baby’s future. Loved ones squeal – usually, but not always, with delight – and often they broadcast video of their celebrations across their social networks.

But, in an editorial online November 24 in Pediatrics, a pediatric endocrinologist questions the merits of this trendy pre-parenting custom.

“Are these traditions truly harmless?” asks Dr. Leena Nahata, a professor at The Ohio State University College of Medicine in Columbus. “By celebrating this single ‘fact’ several months before an infant’s birth, are we risking committing ourselves and others to a particular vision and a set of stereotypes that are actually potentially harmful?”

Nahata works with transgender children and families of infants born with congenital conditions that complicate a gender designation. Currently, she writes in her editorial, 1 in 4,500 to 5,500 infants are born with such conditions.

Nahata counsels parents as they wrestle to recast stories they told themselves about their children’s futures, dreams of cheering on a son at a Little League game or shopping for a prom dress with a daughter.

She developed a deeper understanding of what the parents of her patients experience four years ago, when she was visibly pregnant and everyone she met asked the same question: “What are you having?”

She’d chosen not to know the gender of her unborn child. But the more she replied that she didn’t know, the more she came to understand the struggles of her patients’ families.

“It was eye-opening,” Nahata said in a phone interview. “If we can’t identify people by their gender, we’re at a loss to identify them.”

Nahata is not advocating doing away with gender-reveal parties. Instead, she’s holding up the popular fad to interrogate the emphasis society places on gender, even before a child is born.

Her questions: “Why do we focus on gender as early as pregnancy, and if it’s planning, what are we planning? Is it so important to know and celebrate this one aspect of a child? What expectations do we hold for our child just based on gender? How does that shape our expectations of our children?”

Meanwhile, she said, “I think it’s notable that as these gender reveals are becoming more and more elaborate, we’re having increasing awareness in pediatric healthcare that gender may not be as straightforward, or as black and white, as we once thought.”

In her presentations as medical director of the Center for Transyouth Health and Development at Children’s Hospital Los Angeles, Dr. Johanna Olson-Kennedy uses gender-reveal parties as an example of what she sees as the outsized expectations people put on children’s expected gender.

“I have seen the fallout of what it means to a child when their gender was different than their assigned sex at birth,” Olson-Kennedy said in a phone interview. “The parents of the trans kids I take care of will often say, ‘I have to mourn the loss of a son or a daughter.’ But your kid’s not dead. You’re mourning the future stories about whatever it is that you’ve created about your child.”

She applauded the editorial for opening a conversation and welcomed Nahata’s suggestion that instead of labor room doctors or nurses proclaiming, “It’s a boy,” or “It’s a girl,” they announce, “Congratulations, you have a beautiful infant!”

The imagery of gender-reveal parties - pistols or pearls, wheels or heels, m&m’s with nuts or no nuts - strikes Olson-Kennedy as hyper-masculine and hyper-feminine.

“Why are we talking about wheels and heels?” she asked. “Why do we have to have such strong messages about what boys and girls should wear, what they should play with? Why do we have to be gender police?”

“It boxes people in,” she said.

Dr. Peter Lee, a pediatric endocrinologist and professor at Penn State College of Medicine in Hersey, Pennsylvania, told Reuters Health that long before marketers assigned pink to girls and blue to girls, men wore high heels to horseback ride, and European men outfitted themselves in lace.

“I sort of thought pink and blue, these colors, were something that was in the past,” he said. “Gender-reveal parties are overemphasizing the gender. The excitement of having a new life - independent of gender - is something to be celebrated.”