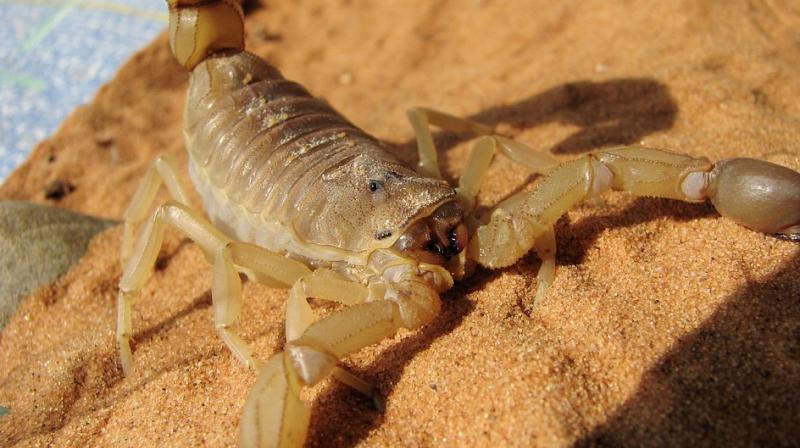 Doctors said the child, from Brazil, only survived because she was given multiple doses of antidote within a two-hour time frame. (Photo: Pixabay)

In a shocking case, a three-day old baby girl was declared a living miracle after surviving seven deadly scorpion stings.

Doctors said the child, from Brazil, only survived because she was given multiple doses of antidote within a two-hour time frame.

The yellow scorpion, which feeds on insects such as termites and cockroaches, is the deadliest of its kind in South America.

The mother, 25-year-old Fernanda suddenly found her daughter foaming from the mouth, 10 minutes after being bathed and dressed in a fresh nappy on September 6.

Speaking about it, she said that Sofia felt really soft and weak and did not want to be nursed and was struggling to breathe.

“I thought she had reflux. I had no idea a scorpion was buried in her diaper and had bitten her seven times,” she added.

“The fact that Sofia survived without any problems means she was meant to be here, and she is a gift from God,” she further went on to say.

The baby was rushed to hospital in Vitoria da Conquista, Bahia state, northeast Brazil, suffering from an accelerated heartbeat, excessive saliva and a severe loss of appetite.

At one point she stopped breathing. The baby was given six emergency doses of anti-corticosteroid serum and after spending three days in intensive care was discharged.

Speaking about the harrowing incident, paediatrician Camila Mirante, who cared for Maria at the Esaú Matos Municipal Hospital, said that she was so frightened when she made the discovery that she ran to ask for help from a security guard who removed the creature.”

Mother-of-three Ferreira said medical staff at a health unit where she first took her daughter failed to spot the scorpion, despite checking the child over.

The unit’s doctor decided to drive the child in her own car to the municipal hospital after becoming concerned her symptoms were life-threatening.

The frightened mum suspects the scorpion entered the home through a drain in the bathroom and climbed up a cupboard piled with nappies which was also where she changed her daughter.

Sofia is among 15,082 people stung by scorpions in Bahia from the beginning of this year, according to state health authority figures.