According to new study, men might be typically powerful but women have a greater power of endurance and may soon be winning marathons. 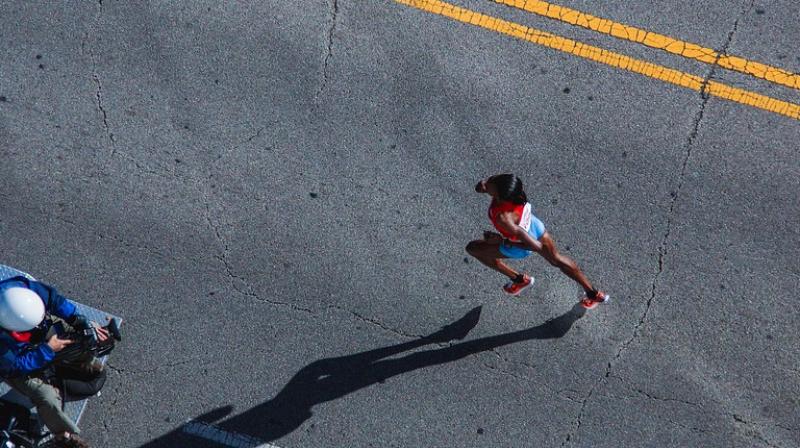 A man’s strength decreased 15 per cent more than it did for a woman after repeating an exercise 200 times, the study found.

A man’s strength decreased 15 per cent more than it did for a woman after repeating an exercise 200 times, the study found.

It adds to a growing body of evidence that women are better at endurance events.

Women were once though to be too weak to compete in marathons with the first woman competing in one in 1967. Her name was Kathrine Switzer and she was disguised as a man.

Women only got to compete in the marathon at the Olympics from 1984 onwards.

Brian Dalton, professor of neurophysiology at the University of British Columbia, Canada has revealed that women are considerably less exhausted after natural, dynamic muscle exercises than men of similar age and athletic ability.

He tested the theory out by asking study participants to do calf raises and discovered a dramatic gender advantage - for the women.

Power recordings from the males fell by 15 per cent more than their female counterparts, after 200 repetitions.

Professor said: ‘The answer is pretty definitive: women can outlast men by a wide margin.’