People should exercise regularly and follow the Mediterranean-style diet 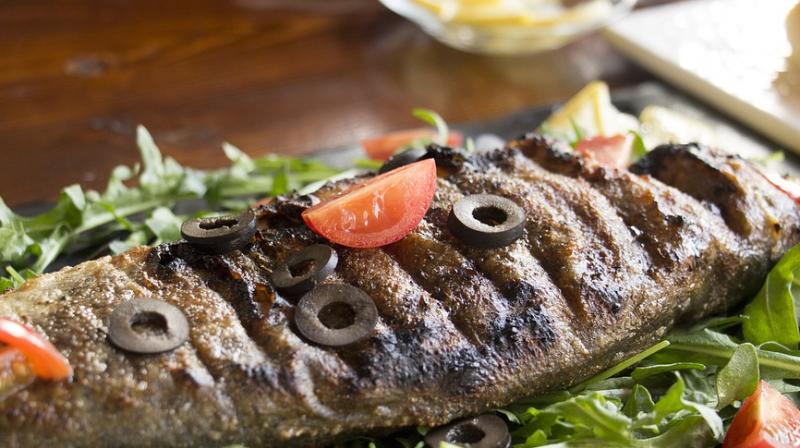 People who eat at least two servings a week of oily fish like salmon, mackerel, herring and tuna should keep it up because U.S. doctors still say it’s a good way to reduce the risk of heart attacks and strokes.

But this isn’t a prescription for fish and chips. The new scientific advisory reaffirms the American Heart Association’s recommendations against fried fish and stresses the benefits of eating two 3.5-ounce servings a week of fish, especially oily varieties rich in omega-3 fatty acids.

And for many people who tend to follow a typical Western diet - heavy on meat and potatoes and light on fruit, vegetables and whole grains - these recommendations should serve as a reminder that it’s time to start eating fish, said the advisory’s lead author Eric Rimm of the Harvard T.H. Chan School of Public Health in Boston.

“We don’t expect diets of all Americans to change overnight, but we do hope that individuals will consider upping their fish intake a little and, even more importantly, that the next generation - those of grade school, high school or college age - make fish a normal part of their diet,” Rimm said by email.

Previous research has linked omega-3 fatty acids to a lowered risk of abnormal heartbeats, less fats in the blood, reduced risk of artery-clogging deposits known as plaque and slightly lower blood pressure, Rimm and his colleagues write in the journal Circulation.

In the scientific advisory, the authors note that eating at least two weekly servings of fish - especially those with lots of omega-3 fatty acids - can help lower the risk of heart failure, coronary heart disease, cardiac arrest and the most common type of stroke.

Doctors also tackled one factor that has steered some people away from eating fish - fears about mercury contamination. Mercury is found in most seafood but is most concentrated in large fish such as shark, swordfish, tilefish, king mackerel, bigeye tuna, marlin and orange roughy.

Pregnant women are advised to avoid these varieties of fish because of links to serious neurological problems in babies. But the advisory notes that mercury contamination does not increase the risk of heart disease in adults and that the benefits of eating fish outweigh any risks associated with mercury, especially when people eat a wide variety of seafood.

Ideally, people will add fish to their diet by consuming less of unhealthy options like red meat, said Dr. Francesco Sofi of the University of Florence and Careggi University Hospital in Florence, Italy.

“Of course, it’s important to emphasize also the way to consume fish because different studies have clearly reported that when the same fish is cooked fried compared to grill or to the oven, the beneficial effect disappears,” Sofi, who wasn’t involved in the study, said by email.